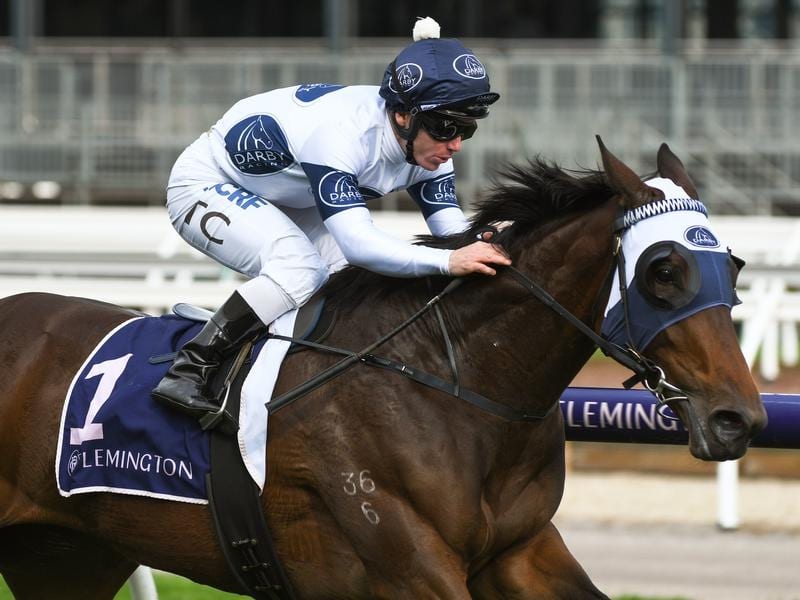 Stakes-placed filly Celestial Falls is set for a return to racing on a day when her elder half-sister Greysful Glamour chases victory in the Listed Gosford Gold Cup on the same Randwick program.

Trained by Mark Newnham who also prepares Greysful Glamour, three-year-old Celestial Falls has not raced since last spring but is on target to resume in Saturday’s Westpac Rescue Helicopter Service 3&4YO Benchmark 78 Handicap (1400m).

Like Greysful Glamour a year earlier, Celestial Falls won last spring’s VRC Oaks Trial (1800m) at Flemington in September but has not raced since her third in the Group Three Ethereal Stakes at her next start in October.

“She got sick in Melbourne after the Ethereal and I had to spell her,” Newnham said.

“She spelled down there and then she had a little paddock accident which put her back another six weeks so that’s why she didn’t race through the autumn in Sydney.

“She’s made a good recovery it just meant it just set her back a few extra weeks. It was just before she was ready to come back into work.”

Newnham had originally aimed Celestial Falls towards the Group One Queensland Oaks but that race is not being run this winter in a revised Queensland carnival because of the economic impacts of the coronavirus situation.

The Sydney trainer is still looking to get the filly to Brisbane for the Group Two The Roses (1800m) for three-year-old fillies at Eagle Farm on June 13.

“We’ll look at going up there if she performs well enough and warrants going up,” he said.

Celestial Falls has had three trials leading into her return and Newnham believes she will improve on whatever she does first-up.

“I’d like to just see her hitting the line strongly,” he said.

“She is going well enough but has needed every bit of the three trials after coming back from a long break.

“She did run well first-up last preparation, running second to Subpoenaed, but she is coming off a longer break this time.”

Group Three-winning mare Greysful Glamour was scratched from last Friday’s Wagga Wagga Gold Cup because of a heavy track and saved for Saturday’s Gosford Gold Cup (2000m) for which she was installed the early favourite on Wednesday in a capacity field of 14 plus emergencies.