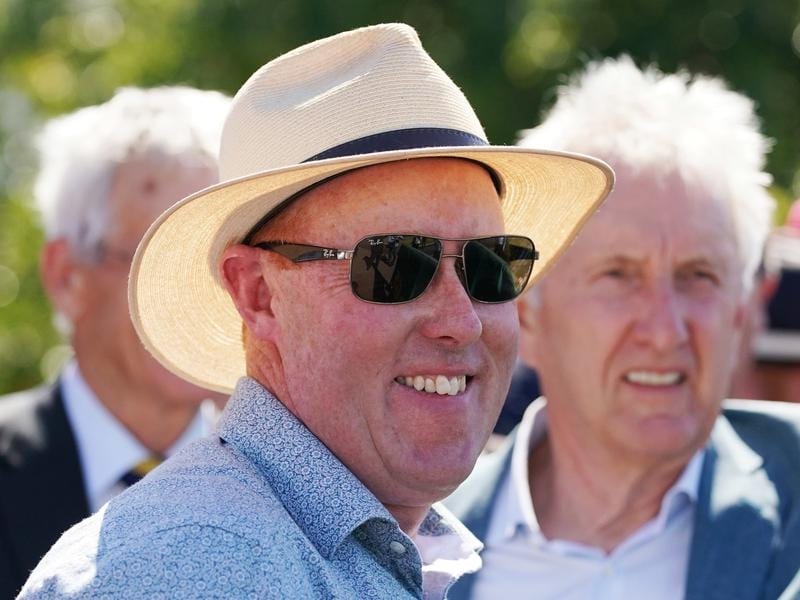 While Illustrious Lad’s straight track record is solid, his new trainer Matthew Williams is looking forward to seeing the sprinter racing around a bend.

Illustrious Lad gets that chance on Thursday in the Listed Christmas Stakes at Caulfield, his second outing for Warrnambool-based Williams who replaced Peter Gelagotis.

Illustrious Lad finished sixth to Halvorsen over 1100m at Flemington on December 14 at his first start for Williams.

Williams said Illustrious Lad was too fresh that day and he is hoping racing around a turn on Thursday will enable the gelding to take a sit behind the speed.

“He’s been running through the bridle a bit too much,” Williams said.

“The run will help him fitness wise and he is sound and well and we will start to see second-up whether his heart is still in it.

“He had a little gallop on the course proper at Warrnambool on Saturday morning and you’d certainly say his heart is in it as he can run a pretty sharp half-mile, but race day can be a bit different.”

Williams said he had given Illustrious Lad extra work to ensure he is closer to peak fitness for Thursday’s 1200m assignment.

“He’d had a few niggles previously so heading into his first-up run we were a bit softer on him with his gallops than you would be if you had a horse that was 100 per cent sound,” Williams said.

Williams also has St Joeys running in the Joe Brown Handicap (1400m) after a luckless third at Flemington over the same distance on December 14.

That was the three-year-old’s third start and came after a Warrnambool maiden win on December 1.

Williams said Hong Kong offers to buy St Joeys were flooding in and had doubled from previous amounts, but he said the owners were unlikely to sell.

“But if he could win at Caulfield his rating would rise and it would make him eligible for a different permit,” Williams said.

“They pay more for that permit so he could attract more money.”

Williams says he will not be aiming too high this campaign but thinks St Joeys could be up to running in a late season Derby following a short break.

“I think he’s better than off-season class, but it might be next prep,” he said.