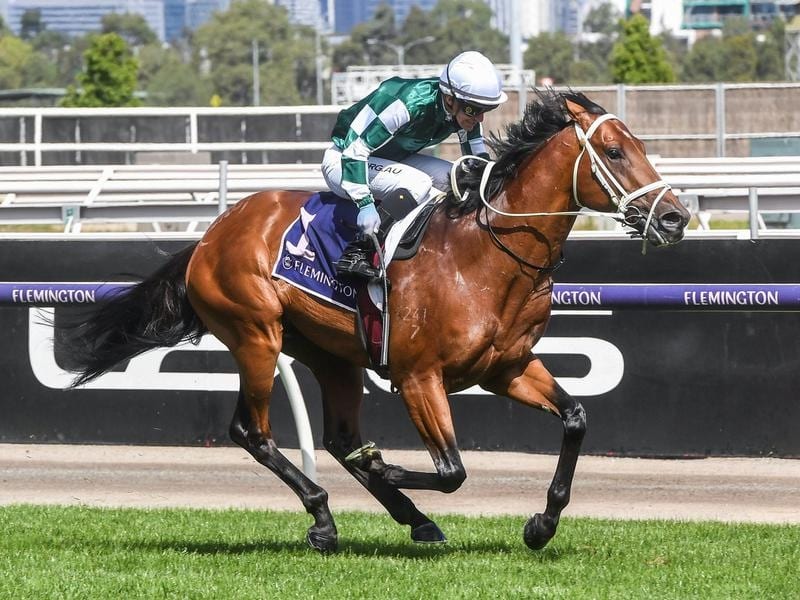 A gallop between races at Caulfield should have Tagaloa in top shape for his shot at the Group 1 All-Aged Stakes at Randwick.

The Trent Busuttin and Natalie Young-trained three-year-old is Sydney bound on Saturday for the weight-for-age contest over 1400m, his first outing since finishing third in the Group 1 Australian Guineas (1600m) at Flemington at the end of February.

Stable representative Brendon Hawtin said it was the type of work the stable wished to see heading into a Group 1 contest.

“It was really nice work and it was the perfect mate to be going with,” Hawtin said.

“He’d won over a trip last start, a mile-and-a-quarter, so he was certainly forward enough. Tagaloa sat off him, quickened up and Luke said he felt terrific.

“Luke thinks he’s pretty much ready now. He can have a nice easy week, a float trip to Sydney and he should be right to go.

“Hopefully he can draw a barrier. He hasn’t had much luck with barriers throughout his career.”

Saturday’s trip to Caulfield followed a similar exercise a couple of weeks ago when Tagaloa made an appearance at a Sandown meeting.

Hawtin said the trip away from the Cranbourne stable added something extra to the workout.

“It’s been a while between runs and trips away from home help,” Hawtin said.

“And if we think he hadn’t done enough, we can always give him a bit more on Tuesday, but Luke’s adamant the horse is spot on.

“He’s done as much as you can without that race fitness, but he’s still got that residual fitness.

“However, he’s in the big league and you’ve got to be right on top of your game.”