Caulfield Guineas The Aim For Glenfiddich 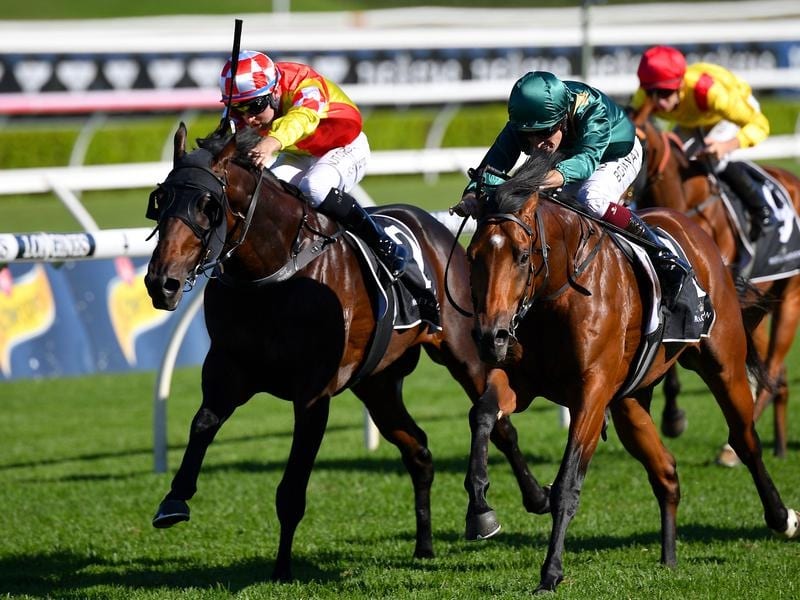 Cranbourne trainer Robbie Griffiths is looking forward to the Melbourne spring with Glenfiddich after the colt’s narrow defeat in a Group One race at Randwick.

Griffiths has long held Caulfield Guineas ambitions for Glenfiddich and after his second to King’s Legacy in Saturday’s Champagne Stakes (1600m), he sees no reason to alter those thoughts.

Glenfiddich led the Champagne field and, after being headed by King’s Legacy, fought back bravely to be beaten a half-neck.

Griffiths said if King’s Legacy had got to Glenfiddich earlier in the straight, the result may have been different.

The trainer pointed to the colt’s narrow defeat in Adelaide last month when Amish Boy raced to the front in the straight only to see Glenfiddich fight back to be beaten in a photo finish.

“I just wish that King’s Legacy had gone to him earlier because then he would have fought back again like he did in Adelaide,” Griffiths said.

The trainer was expecting Glenfiddich to improve on his sixth, beaten 6-1/4 lengths, in the Sires’ Produce Stakes (1400m) won by King’s Legacy at Randwick on April 4.

That race was on a heavy track and Griffiths said Saturday’s firmer footing was advantageous for Glenfiddich.

Because of biosecurity measures surrounding the COVID-19 pandemic, Griffiths was unable to physically inspect Glenfiddich following the Sires’ Produce, but video updates from Warwick Farm trainer David Pfieffer showed the colt was in good order.

“It was a great run and no surprise to see him turn the form around,” Griffiths said.

“He didn’t like the wet track last time and I thought, dry, 1600 metres, he’ll be very competitive.

“We’ve always aimed him for the Caulfield Guineas and wanted to do that via Sydney.

“He’s shown that he’s got the talent and will go out for a spell now.”