Caulfield Guineas on the radar for Rosehill winner 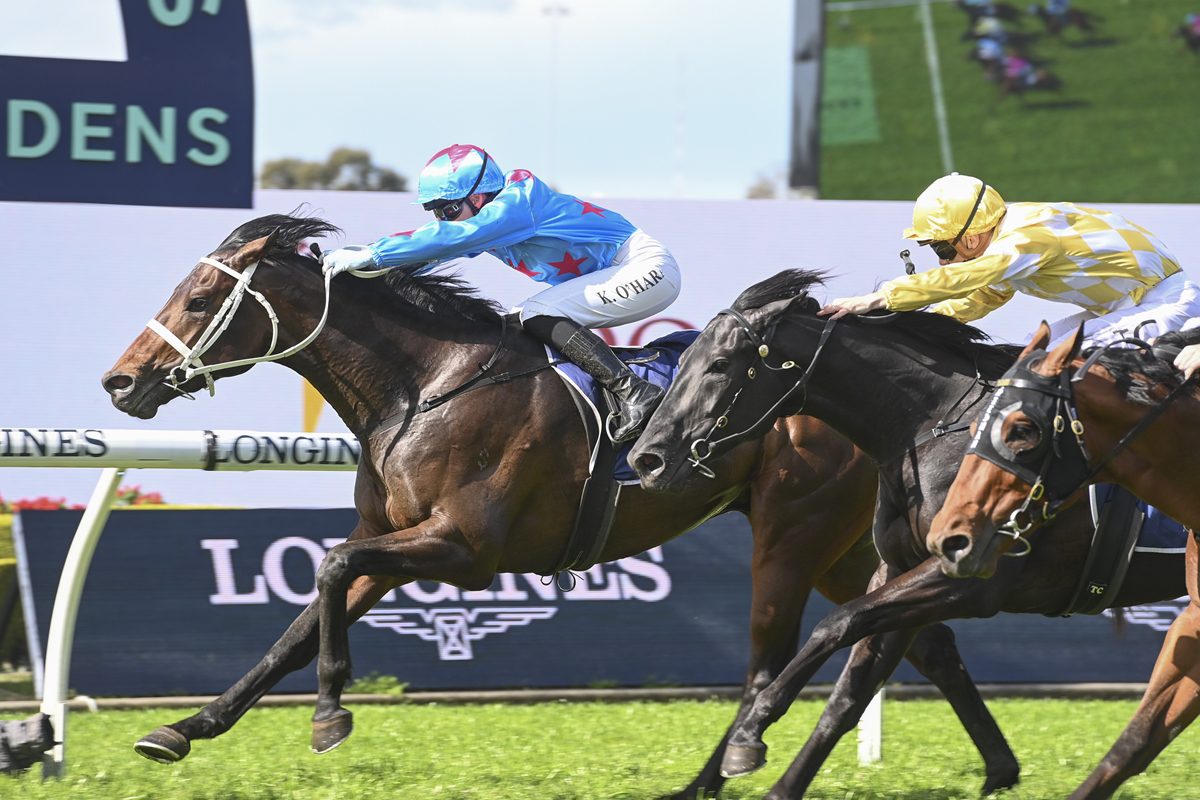 Good-looking Almanzor colt Manzoice dug into his stamina reserves when railing through to land the Dooleys Handicap (1300m) at Rosehill on Saturday for trainer Chris Waller under rider Kathy O’Hara.

Manzoice had finished runner-up on debut at Wyong toward the end of last month and, despite a rise in class, went one better to break his maiden when narrowly getting the better of Backrower and Savabeel gelding Major Beel, who had defeated Manzoice at Wyong.

The colt raced midfield on the fence and as runners fanned out in the straight he wound up powerfully along the rail to arrive in the nick of time.

Bred by Blenheim based breeder Stephanie Hole, Manzoice is out of the Mastercraftsman mare Choice, a winner of the Gr.3 Eulogy Stakes (1600m) for Robbie Patterson.

The mare made a return visit to triple Group One winner Almanzor last season, with the Cambridge Stud stallion making a hugely promising start to his career as leading freshman stallion and also earned the Champion Two-Year-Old title.

The colt was an A$340,000 purchase as a yearling by Chris Waller Racing and Mulcaster Bloodstock.

Nominated for the Group 1 Caulfield Guineas (1600m), Manzoice looks like he will relish getting over ground.