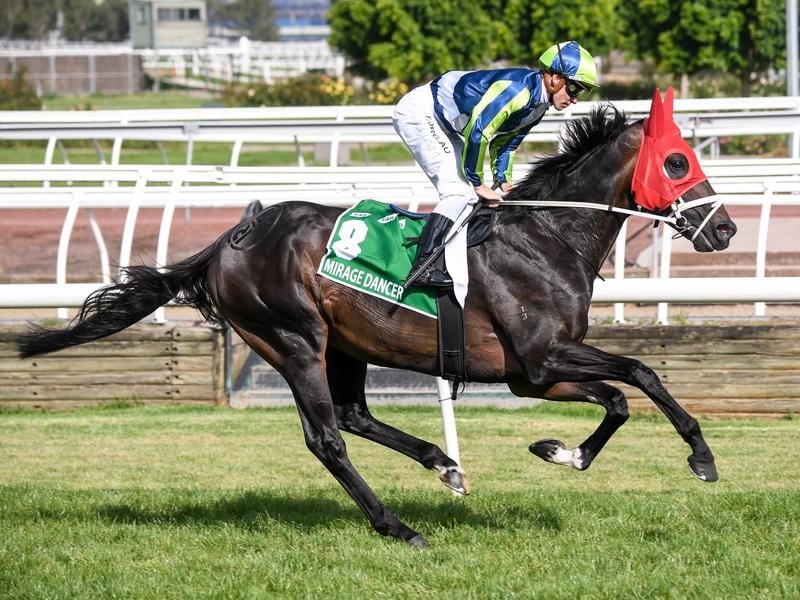 Busuttin said the last-start winner of the Metropolitan Handicap (2400m) had done his job by claiming the Group One race at Randwick, his first Australian victory in ten local starts.

“It’s a free hit in the Caulfield Cup now and he’s in the form to run well.”

Last year Mirage Dancer finished third in the Caulfield Cup, which was the English import’s first start in Australia.

Busuttin believes the horse is in similar form to last year.

In the Metropolitan, Mirage Dancer defeated the highly-rated Mugatoo who looked to have the race at his mercy.

Busuttin said they were pleased they made the late decision to head to Sydney for the staying feature instead of running in the Turnbull Stakes at Flemington on the same day.

Mirage Dancer has 55kg in the Caulfield Cup on Saturday after Racing Victoria chief handicapper Greg Carpenter chose not to penalise him for the Metropolitan win.

Last year he carried 56kg when third behind Mer De Glace and he had little luck in the run as he was slow to begin and was also checked in the straight.

The final field for the Caulfield Cup will be announced after the Coongy Cup (2000m) at Caulfield on Wednesday as the winner of that race gets a golden ticket into the Group One three days later.

The Ciaron Maher and David Eustace-trained Al Galayel is an early $2.40 favourite for the Coongy and has been racing in superb form.

He has won his past three starts in style, the most recent a dominant Group Three JRA Cup victory at Moonee Valley last month.

The $400,000 Blue Sapphire Stakes (1200m) will also be held on Wednesday but in a disappointment for officials, only three horses will line up.

Al Galayel’s stablemate Anders is a $1.45 favourite for the sprint with Hanseatic and Ranting his only rivals.