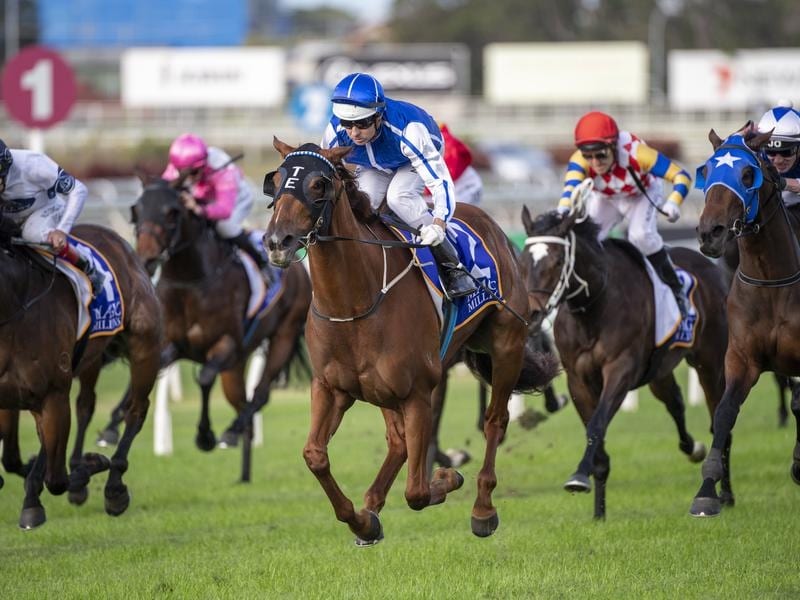 The winter carnival campaign of classy mare Vanna Girl is taking shape as her stable plots a Group One path.

Co-trainer Trent Edmonds is delighted with the four-year-old’s progress since returning to training following a luckless spring carnival in Melbourne.

“She just had her first gallop last Tuesday and looked pretty good to me,” Edmonds said.

“She’s on track to trial at the end of the month. The Hollindale Stakes and Doomben Cup will be her two main aims.”

The Edmonds team is in the process of mapping out a lead-up program to the Hollindale and Doomben Cups.

“Dad and I spoke tentatively about a plan of two starts, possibly three, then into the Hollindale,” Edmonds said.

“She looks great and I’m looking forward to running her in some of the bigger races here in the winter.”

Vanna Girl finished midfield behind Shout The Bar in the Group One Empire Rose Stakes (1600m) at Flemington on October 31, beaten only two lengths.

She backed up a week later to finish an unlucky ninth to Affair To Remember in the Group Two Matriarch Stakes (2000m) at Flemington after being badly blocked for a run in the straight.

The Edmonds team also has high hopes for juvenile Alpine Edge and are hoping to entice Glen Boss to ride the Magic Millions runner-up when he returns to racing in the Todman Stakes (1200m) at Rosehill next month.

Stablemate and All-Star Mile contender The Harrovian flies to Melbourne later this week to embark on his comeback to racing in the Group One Futurity Stakes (1400m) at Caulfield on Saturday week.