Carleen Hefel Makes It A Day To Remember At Flemington 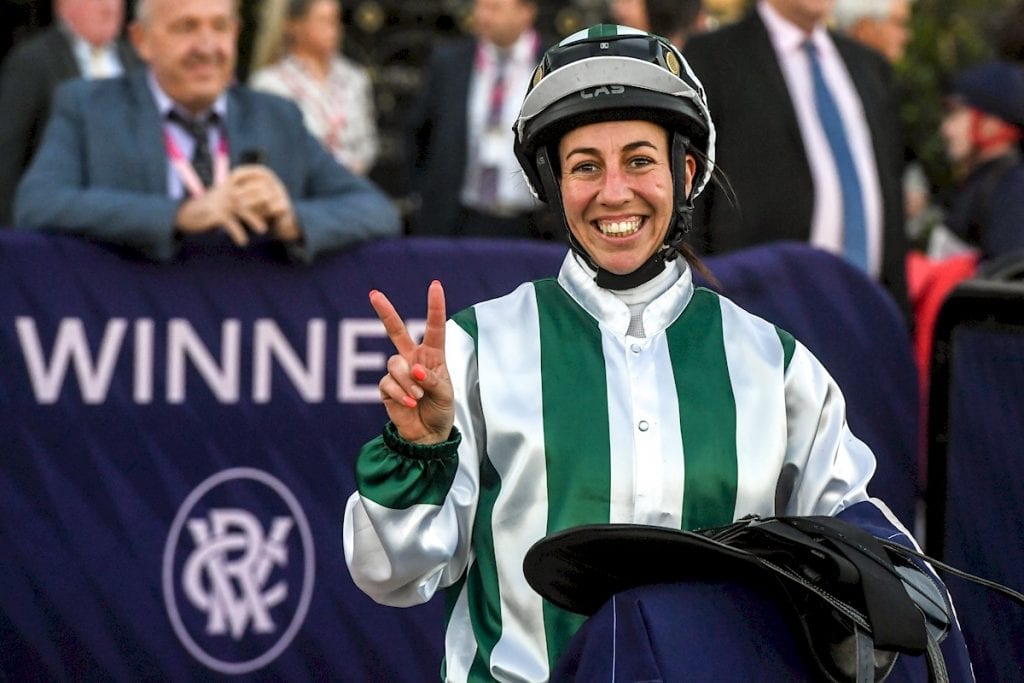 Nothing will wipe that infectious smile off Carleen Hefel’s face, following the apprentice jockey’s riding double at Flemington, Australia on Saturday afternoon.

The 31-year-old apprentice bookended the meeting at Flemington when booting home Standoff in the opening event, and then rounding out the day when she won on Don’t Doubt Dory in the final event.

Hefel started the day with a career record of zero winners at Flemington but showed her versatility when steering home a backmarker in the first, and then was the mastermind of a well-rated front-running ride in the last race.

It continues a remarkable month for Hefel, as she steered home her first city winner at the Sandown metropolitan meeting on May 1, and three weeks later she is the talk of the town after her double at Flemington.

The win on Don’t Doubt Dory in the last at Flemington proved to be extra special for Hefel.

“That win means a lot more. You do all the work on the horse and especially for Julien (Welsh), it makes the win a lot more special,” a chuffed Hefel said.

“He’s a pretty tough horse. He can feel them coming and he puts his ears back and keeps digging in,” Hefel said reflecting on Don’t Doubt Dory’s win.

Hefel kicked off her career with a brief riding stint in Western Australia back in 2019, and even booted home a winner at her debut ride. It has been a “slog” since moving to Victoria, but Hefel joins the likes of Will Price, Lachlan King, and Lachlan Neindorf booting home metropolitan winners at Flemington this racing season as apprentices.

Don’t Doubt Dory’s trainer Julien Welsh summed it up perfectly post-race as to how he feels about Hefel’s double.

“Carleen’s ridden the horse all the time. She’s my apprentice and I couldn’t be happier for her. She’s ridden a double at Flemington and made me really proud.”

Hefel finds herself in a rich vein of form, booting home winners in four of her last five rides.

Incredibly Carleen Hefel finds herself without a booked ride this week. No doubt though she will be a jockey some of the bigger stables will keep tabs on as we head into the “off season” with plenty of the top-class jockeys taking time off.