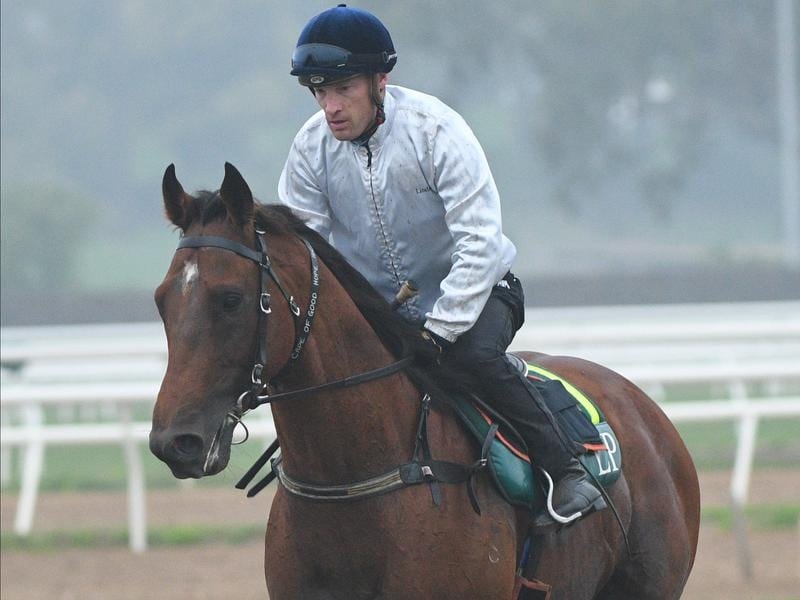 Tom Dabernig is anticipating a form resurgence from highly-rated import Cape Of Good Hope, who is set to return to racing in the Group Two P B Lawrence Stakes at Caulfield.

Cape Of Good Hope was among a number of top horses competing in jump outs at Flemington on Monday, along with Melbourne Cup winner Vow And Declare and All Aged Stakes heroine Tofane.

Dabernig believes his charge can get back to the level of form he demonstrated when he powered home to win the Caulfield Stakes at his Australian debut.

Cape Of Good Hope then failed in the Cox Plate and the Mackinnon Stakes before being spelled.

He struggled in two autumn carnival runs where he finished last in the Futurity Stakes and down the track in the Australian Cup but Dabernig said the horse was plagued by hoof problems.

All indications are he is over those issues and in line for a fruitful campaign, starting at Caulfield on Saturday.

“He’s had a good break and has come back in nice and sound,” Dabernig said.

“He arrived in Australia in good form winning the Caulfield Stakes but last campaign his feet were the issue and he was taking on reasonable company.

“His feet have improved. Remember (multiple Group One winner) Redkirk Warrior had trouble initially with his feet when he came from Hong Kong and we managed to get him right and I think this is a similar situation.

“We’ve addressed the issue and he’ll have his chance to show his best form.”

Dabernig believes 1600m to 2000m will be Cape Of Good Hope’s best distance range, although he isn’t ruling out stepping the horse up to the 2400m of the Caulfield Cup

“I think we’ll get him to an Underwood Stakes and work it out from there,” Dabernig said.

Cape Of Good Hope is among 15 nominations for the P B Lawrence Stakes along with All-Star Mile winner Regal Power, his Grant and Alana Williams-trained stablemate Arcadia Queen and top Tasmanian mare Mystic Journey.