Campaign over for Catalyst 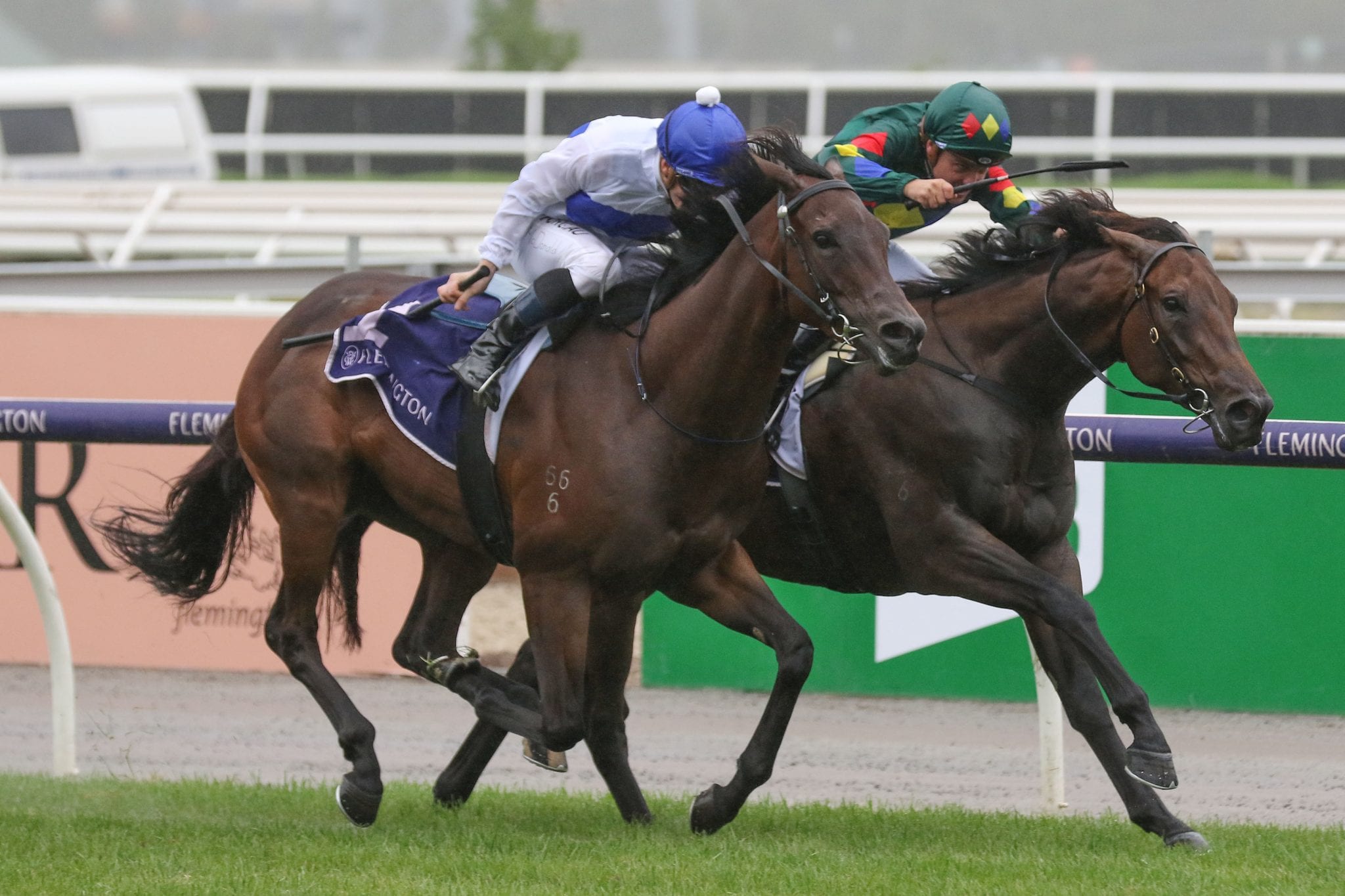 Catalyst has been ruled out of the A$5 million All-Star Mile (1600m) with bruised fetlocks. Trainer Clayton Chipperfield sent him to the Ballarat Vet Clinic on Tuesday fearing he was not quite himself after his below-par run in the Group 1 Australian Guineas (1600m).

“When he finished off in the Guineas like he did we knew there had to be something up with the way he was,” Chipperfield said. “He was all over the place and uncomfortable and wasn’t a happy horse. “He initially did pull up okay, he didn’t show any signs of lameness and the initial prognosis was looking okay. “We thought we had better dig a bit deeper and see if there was an issue there. We are pleased there was an issue because his performance was well under his best.”

Following a scintigraphy examination, which scans the bones, Chipperfield informed Racing Victoria stewards on Tuesday that tests revealed Catalyst had bruising to his four fetlocks and he was officially withdrawn from Saturday week’s All-Star Mile at Caulfield. “Scintigraphy isn’t overly big here in New Zealand because it is very expensive to do,” Chipperfield said.

“It (the bruising) is probably not an uncommon issue, we just don’t know it. “When the vet rang I said ‘just give it to me in one hit’ and he said you’ll have a horse for the spring but you haven’t got one for the All-Star. “I think it is just pressure from working, his bones are still maturing and he is not an overly big boned horse and he was quite a late foal too. He never felt off in his work. He is either that tough or it is not a big issue.”

This season’s Group 1 New Zealand 2000 Guineas (1600m) winner finished a close second to Alligator Blood in a thrilling Group 3 C S Hayes Stakes (1400m) at Flemington last month in his Australian debut before disappointing when sixth in Saturday’s Australian Guineas. “We were pleased we found something to explain the disappointing run and we still have a horse at the end of it,” Chipperfield said. “I can’t say at his peak he would have beaten Alligator Blood, he is just untapped that horse, it was a phenomenal run.”

Catalyst finished sixth in the public vote for the All-Star Mile and with his withdrawal his place in the race will be taken by a provisional emergency. Alligator Blood dominates the All-Star Mile market at $2.80 with Melody Belle second favourite at $6.

Catalyst will now return to New Zealand for a spell and Chipperfield is upbeat despite his Australian campaign coming to a premature end. The Te Awamutu trainer said he would send Catalyst for a six-week spell and all going to plan prepare the son of Darci Brahma for the Hawke’s Bay Carnival. He would then look at a return trip across the Tasman in the spring. “We were on top of the world last week having the favourite in a Group 1 race and now we are bringing him home,” he said. “That’s racing, a figure eight game.”

“Australia will be on the cards if he can step up again. We could go to Hawke’s Bay for the Group One races there, he is more than capable. “If he starts in the first two we could push on to the third and see if he goes over 2000m. “If he cops that we have to have the Cox Plate in mind. I know it is a big dream at the moment but you have to dream big.”