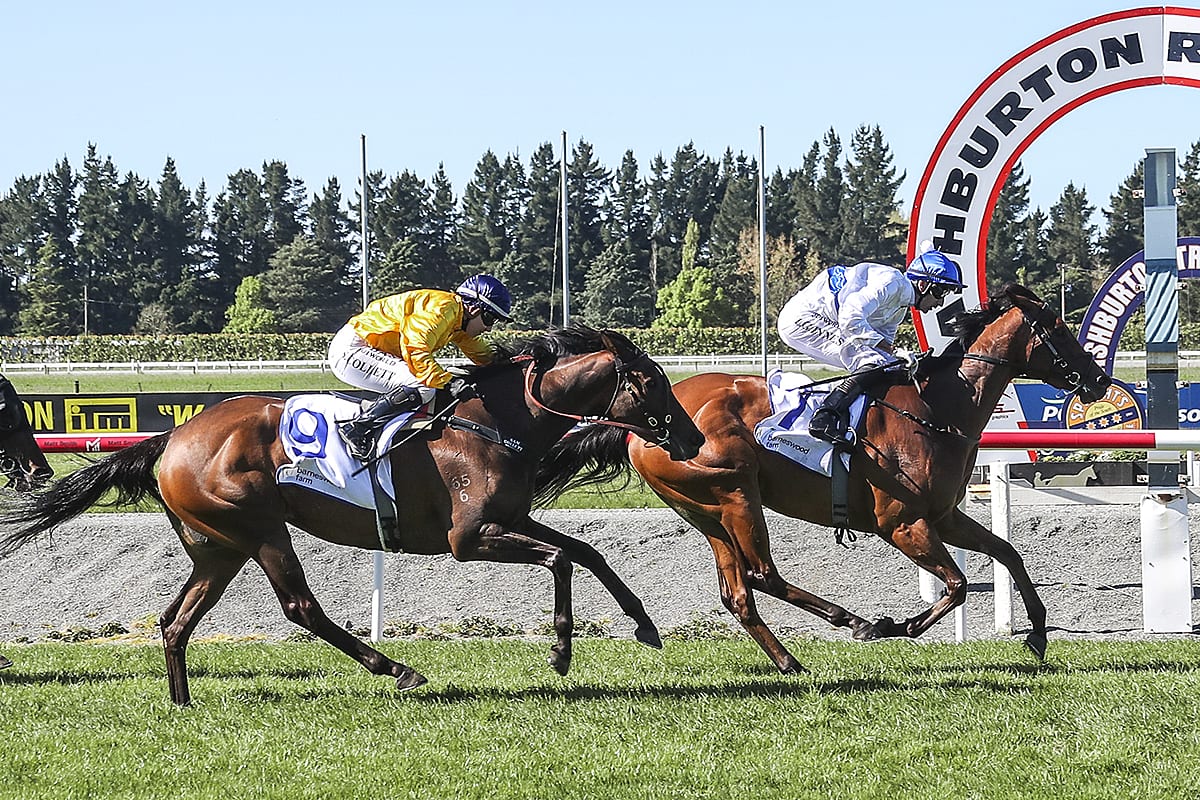 Cambridge raider Kali overcame a wide run in transit to out-gun her three-year-old rivals as she scored a gritty victory in Saturday’s Group 3 Barneswood Farm Stakes (1400m) at Ashburton.

The Tony Pike-trained filly has the Group 1 gavelhouse.com New Zealand 1000 Guineas (1600m) as her main southern mission and warmed up for that challenge with a win that saw TAB bookmakers tighten her into to a $7 outright favourite for the blue riband event at Riccarton.

Kali had finished an unlucky seventh in her most recent run where she was severely hampered in the home straight when looking for gaps between runners in the Group 3 Gold Trail Stakes (1200m) at Hastings. Pike was keen to see her take a forward position on Saturday despite drawing the outside gate in the 14-horse field.

Rider Leith Innes bounced her out nicely to head forward but got trapped three-wide on the speed as Miss Federer set up a solid pace. Innes asked the Darci Brahma filly for her best early in the run home as she bounded clear of her rivals before holding out the charge of fellow northern raiders Karalino and Folk Dress to score handsomely with plenty in reserve.

Pike was delighted with the win as a final dress rehearsal for the 1000 Guineas. “She flew down Wednesday and travelled nicely,” Pike said. “There wasn’t much we could do with the draw but we were keen for her to roll forward as she had been very unlucky in her last two starts. “That was a big effort as there was plenty of early speed and Leith had to sit three-deep although she did get a soft sectional before the corner.

“She’s got there a touch soon and has run it out very strongly, so bring on the Guineas. “She’s only going to improve as well and is a very talented filly, so we’re quite excited heading to Riccarton.”

Raced by Frontier Bloodstock and Dick Karreman under his Oaks Stud banner, Kali is the last foal of St. Petersburg mare, Race Empress and is a half-sister to stakes placed filly Royal Dominance and promising three-year-old Heavenly Emperor.

Karreman holds a powerful hand in both of the three-year-old classics at the upcoming New Zealand Cup and Show Week at Riccarton as he is also the breeder and owner of Group 1 Al Basti Equiworld New Zealand 2000 Guineas (1600m) favourite Catalyst, another by the Oaks Stud-based stallion, Darci Brahma.