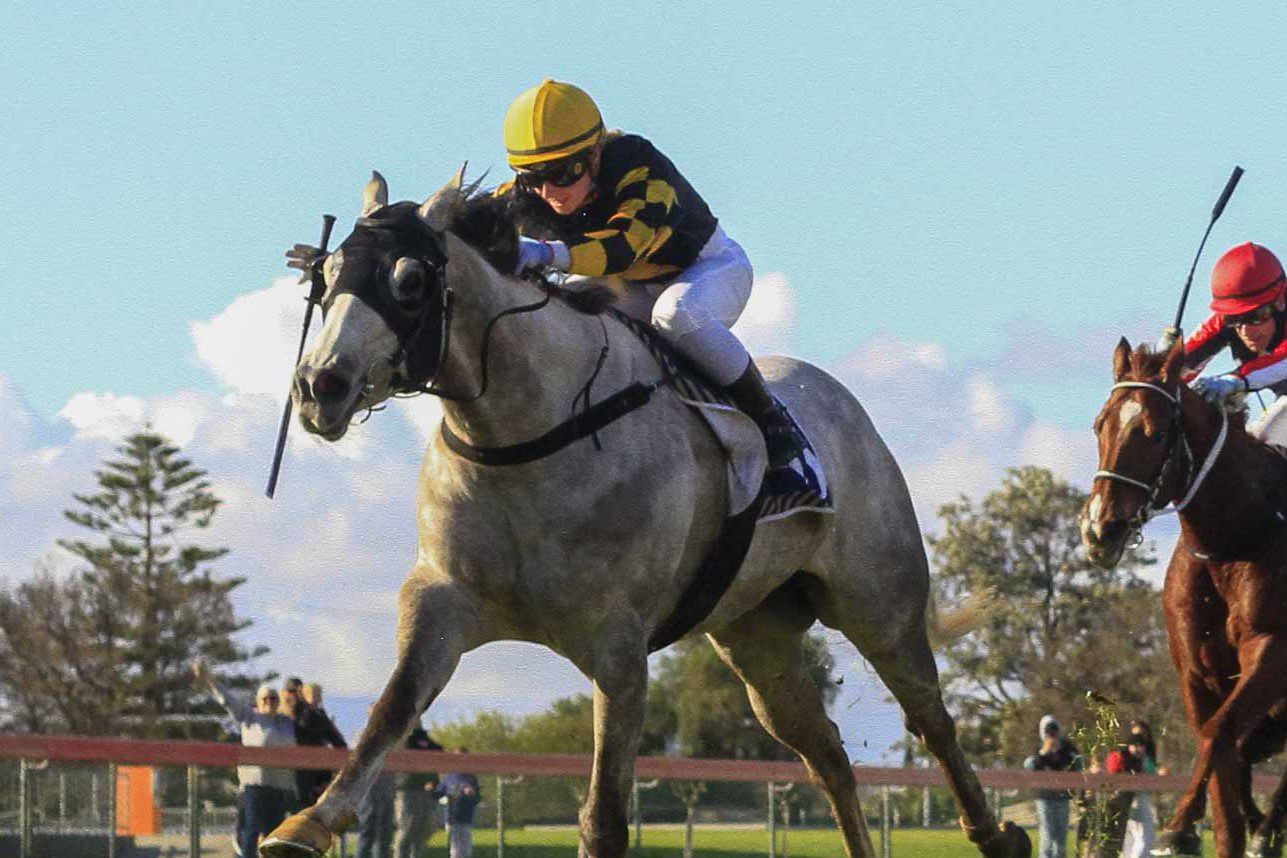 Having won the last two editions of the Group 3 Spring Stakes, Behemoth was expected to make it three-in-a-row at Morphettville, but it was the stablemate Calypso Reign who spoiled the party.

Behemoth was an easing favourite prior to the jump, while Calypso Reign was solid at the $13 mark with most betting sites.

After jumping in the air and missing the start, Behemoth was out the back with a mountain of work to do, while Kayla Crowther gave the ghostly grey an excellent steer from barrier nine.

“Mixed emotions; trying to watch both horses, but I knew Behemoth jumped in the air and they went slow, it was going to be a hard task,” Jolly said.

“Gatty (Paul Gatt on Behemoth) probably did the right thing in just trying to save ground, but I could see Calypso sneaking up out wide, and I know he’s really been flying the horse – he’s been going really well.

“I’m so glad too, because I encouraged Kayla to go that way. He’s just been an improving horse – a marvel – he’s just got better and better.

“I’ll have a bit to dissect I think.”

While Calypso Reign wasn’t the horse Jolly expected would win the race, he wasn’t overly shocked given how well he has been working at home.

Jolly wanted the horse to be strong through the line in preparation for a longer race next time, but he is certainly not going to shirk away from celebrating the Group 3 win over 1200m.

“He can sustain a really long sprint,” he said.

“Any conditions, any ground, so I was looking forward to him running more in the 1400m, and I said to Kayla, ‘just make sure he runs through the line’.

“We haven’t had him at the seven (furlongs) yet – I think I had one try with him when he was young, but he seems very adaptable.

“He just got the right run and relished the conditions. Kayla knows him inside and out, just gave him a beautiful smooth run.”

Behemoth had won the past two editions of the Spring Stakes and then gone to Caulfield a fortnight later and saluted in the Group 1 Memsie Stakes both times, so Jolly thought his seven-year-old’s 11th was “disappointing”.

“Maybe should’ve given us a little more in the finish, but there’s a bit to dissect and we’ll work it out.”