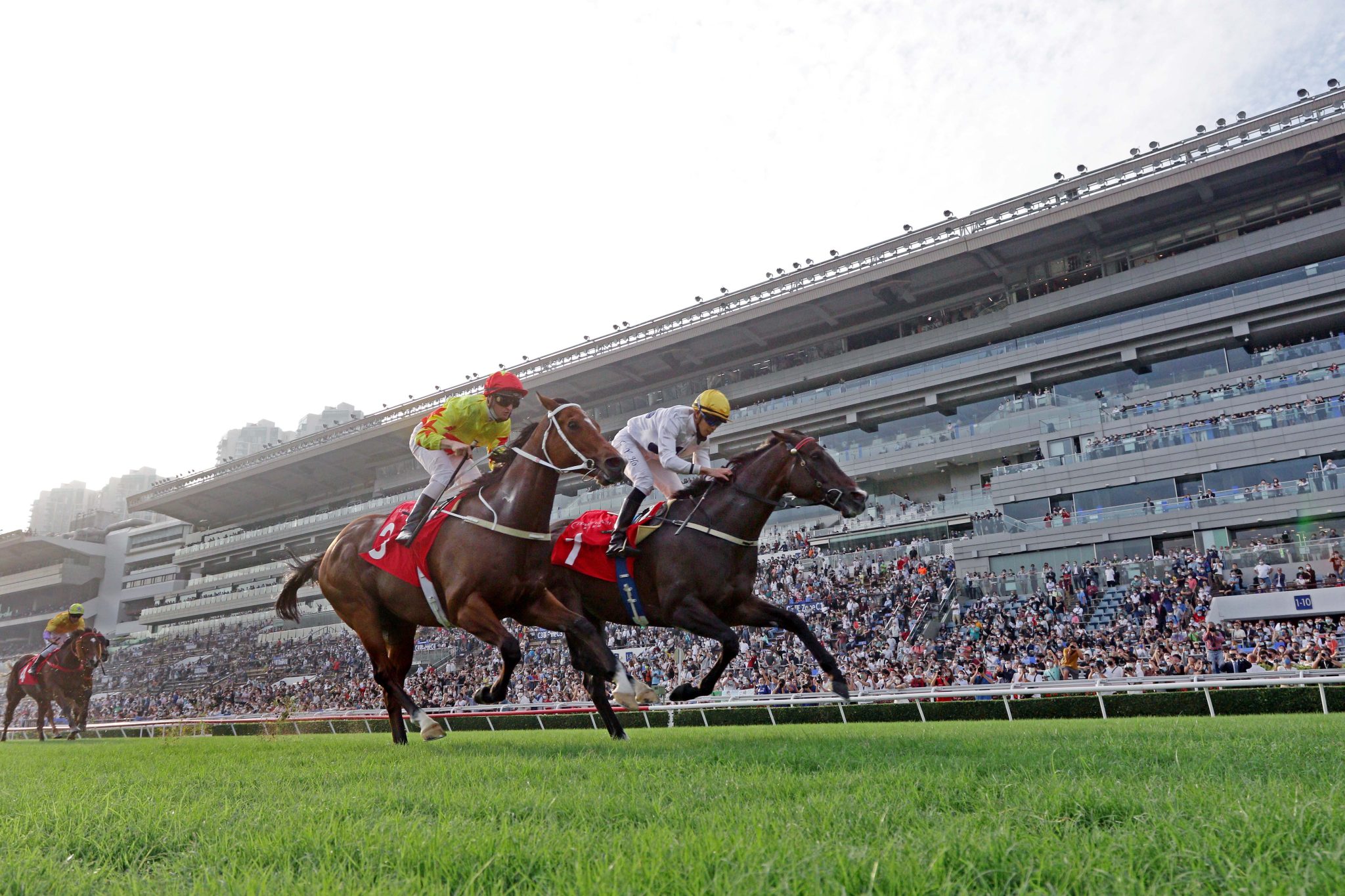 Zac Purton will be ideally placed to attack Golden Sixty on Sunday as his mount California Spangle has drawn gate two in the HK$30 million Hong Kong Mile (1600m).

While the rider refers to the challenge as “the impossible task”, he finds himself in the ideal position to take up his customary front-running role aboard last season’s Hong Kong Classic Cup (1800m) winner.

Golden Sixty is just two stalls away in gate four and Purton plans to use the same tactics which so nearly paid off in last month’s Group 2 Jockey Club Mile (1600m), when California Spangle was sent off favourite and went down by just a neck to Golden Sixty in an enthralling finish.

He said: “California Spangle seems to have developed nicely. He’s relaxing better now and we’ll go forward to lead again. We’ll try to get him settled and see what happens. We’ve not beaten Golden Sixty yet but we’re going to try, and the track conditions could suit us.”

California Spangle’s trainer Tony Cruz was similarly optimistic of pulling off the upset and added: “I’m very happy with that, it’s perfect in fact. We can use the usual tactics and get to the lead. Myself and my stable are confident of a very good run and we’re still planning ways to beat Golden Sixty.”

Purton partnered two-time Horse of the Year and exceptional talent Beauty Generation to win his second Hong Kong Mile in 2018 – a feat Golden Sixty will aim to eclipse on Sunday with a third win in the race – but believes Stanley Chan’s seven-year-old is among the best he has ever seen in Hong Kong.

He added: “Beating Golden Sixty is the impossible task. His biggest asset is his turn of foot and he can get himself out of trouble whether they go fast or slow. The only thing that beats him is bad luck.

“He’s the best horse I’ve seen in my time here, including the likes of Beauty Generation, Able Friend and Ambitious Dragon. None had the turn of foot he has. He’s phenomenal and a class above.”

However, like Cruz, Purton has not given up on trying to dethrone Golden Sixty. He believes Sunday’s ten-runner field could cause potential complications for the favourite.

He said: “In the last few years the top mile races in Hong Kong haven’t had much depth so even if he has been drawn out wide, he hasn’t had to go very far out. There will be a bigger field on Sunday and it could pose a little bit more of a problem.”

Cruz indicated Beauty Joy would sit in behind his stablemate from stall five, while Waikuku, who beat Golden Sixty in the G1 Stewards’ Cup (1600m) in January when Purton was aboard, will break from stall nine.

Last year’s G1 NHK Mile Cup (1600m) winner Schnell Meister will break from barrier one and Australian raider Laws Of Indices will have to contend with the widest stall in ten under James McDonald.