Butler looking to clean-up at Otaki 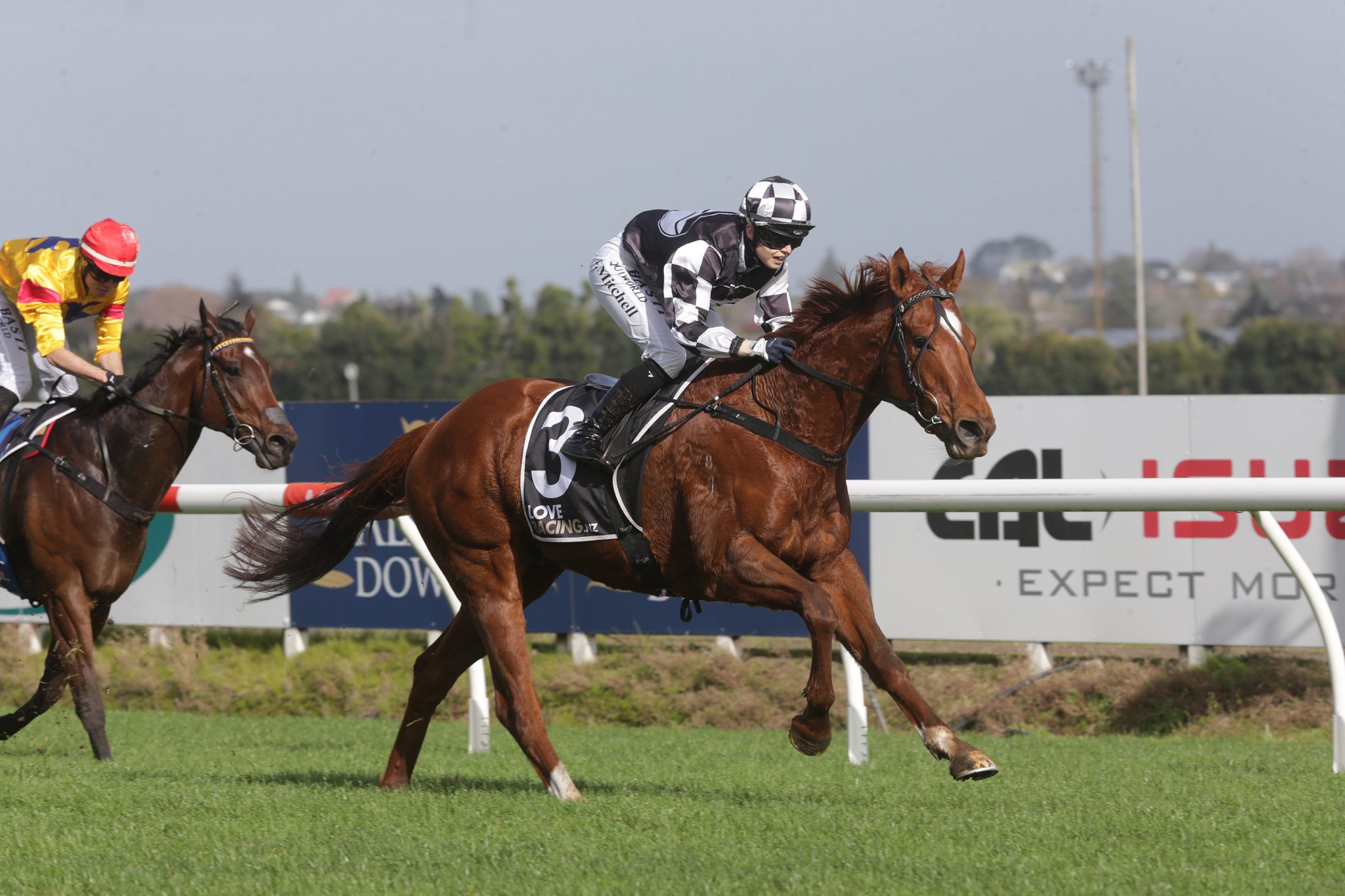 Promising gelding Butler will be after his first stakes scalp when he heads to Otaki on Thursday to contest the Listed Courtesy Ford Levin Stakes (1200m).

The Allan Sharrock-trained five-year-old impressed when runner-up to Imperatriz in the Group 2 Foxbridge Plate (1200m) in August and followed that result with a win over 1200m at Awapuni before running sixth in the Group 3 Sweynesse Stakes (1215m) last month.

Sharrock has been pleased with the Showcasing gelding’s work in the lead-up to Thursday and is welcoming the wet forecast, with Butler having won four and runner-up in four of his nine outings on a heavy track.

“His work was good this (Tuesday) morning. He galloped against Shamus last Friday and galloped well. I think I have got him where I want him,” Sharrock said.

“He will run through it (heavy track) like it was firm, it won’t worry him.”

While pleased with his charge ahead of the Levin Stakes, Sharrock does hold concerns over his weight disparity against his foes, with Butler lumbered with 60kg for the Otaki feature.

“My only concern is the 60kg, but he is a big, powerful horse, so if anyone is going to handle the weight it will be him,” Sharrock said.

“But you look at the Foxbridge Plate form and Darci La Bella was behind him and a few other nice horses. Off that form you would say he would be hard to beat.”

Looking ahead to the weekend, Sharrock is set to have just the one runner at Te Rapa on Saturday – Sinarahma in the Group 3 Eagle Technology Stakes (1600m).

“The good thing about this race being set weights and penalties, she comes in with 54kg rather than carrying her ratable weight. I think she is well placed,” Sharrock said.

“I gave her an exhibition gallop at New Plymouth last week and she worked solid this morning, so I think she will race well fresh.

“She will probably only have four runs before she is retired. She is safely in-foal to Tarzino.

His other Darci Brahma mare is Darci La Bella, who Sharrock reported has pulled up well following her win in the Group 2 Auckland Breeders’ Stakes (1400m) last Saturday.

“You wouldn’t of thought she would have had a race. She licked the bowl after travelling home,” Sharrock said.

“I have eased off her for five days and she will go to the Manawatu Challenge Stakes (Group 2, 1400m) and then her year is over and we will look to autumn to see what that holds for us.”