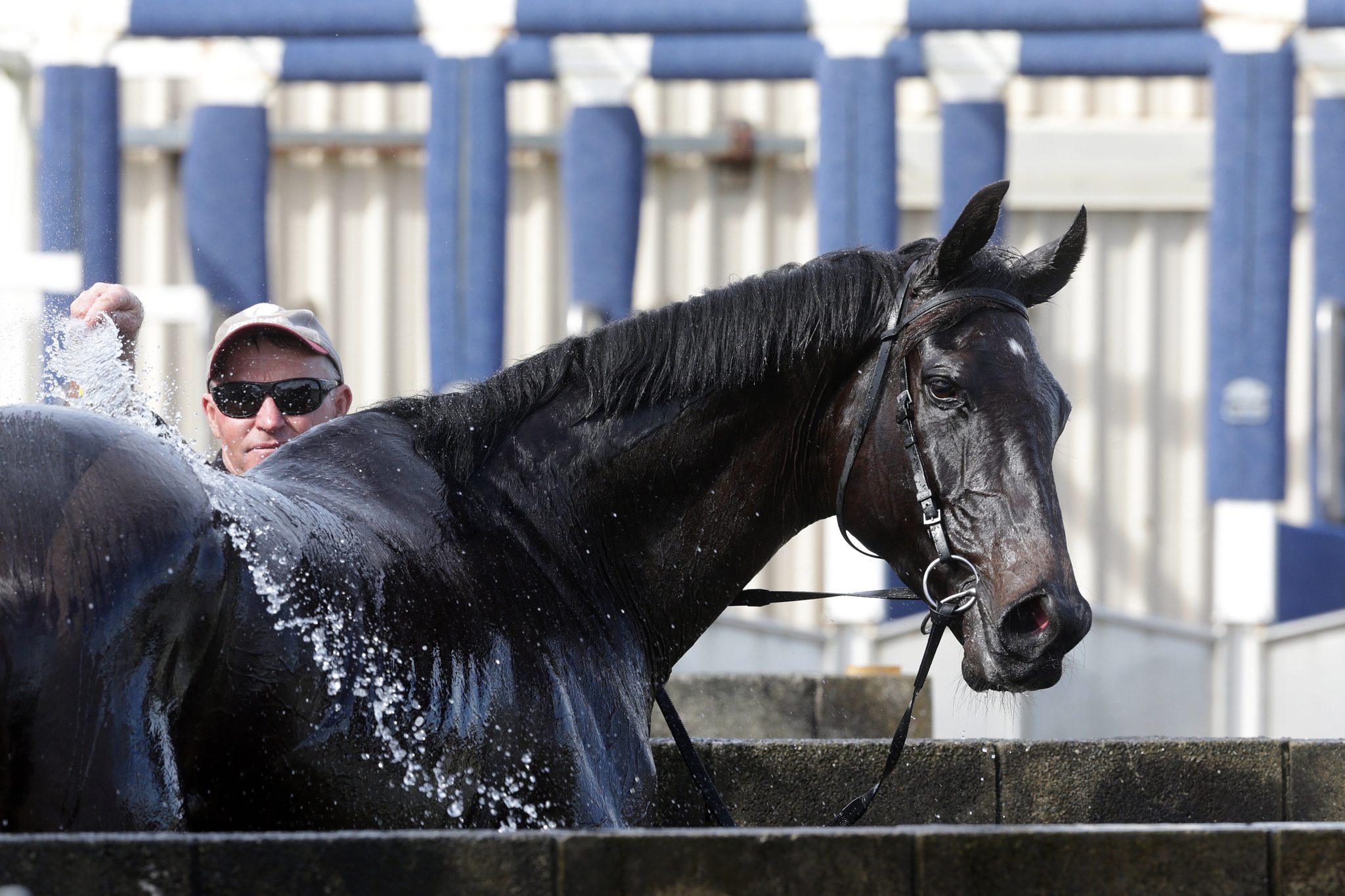 After a long time between victories, four in quick succession have helped improve things for Matamata trainer Mark Brosnan, but the horse he’s most excited about is still a maiden.

Brosnan scored a double at Ruakaka on Saturday, bookending the card with victories by Fly My Wey in a 1600m maiden and Lord Polonius in a Rating 65 event over 2100m.

However, the horse he has most time for is Arjay’s Flight, who was highly fancied in another 1600m maiden at Ruakaka but had to settle for second behind Shockatillatap.

Though he’s yet to win a race, Arjay’s Flight has shown plenty of ability. Brosnan wasn’t afraid to take on black type company with him last season and he produced several good efforts, finishing second in the Group 2 Avondale Guineas (2100m), third in the Listed Gingernuts Salver (2100m), and fourth in the Group 2 Waikato Guineas (2000m).

“He was the one I thought might win at Ruakaka at the start of the day, but he’s a stayer of the future,” Brosnan said.

“I would say he’s the best maiden in the country at the moment.”

Brosnan said his immediate aim with Arjay’s Flight is to get a maiden victory with him, but he’d also like to qualify the horse for the Dunstan Stayers Final at Ellerslie on January 1.

“He’s still learning the game a bit mentally – he’s pretty casual about things. But once he gets over a trip he’s a better horse. He’s a genuine stayer,” he said.

Fly My Wey and Lord Polonius were both ignored by punters at Ruakaka, but Brosnan was confident Fly My Wey would go a good race despite his odds.

“He’s been to the races twice since his last start (a fifth at Tauranga on June 25), to Hawera and Rotorua, but they were both called off, so the owners deserved a break,” he said.

“But he had been working up well, and his form wasn’t that bad. He also probably appreciated getting a little bit better track than the heavy ground he had been running on.”

Fly My Wey is likely to return to Ruakaka for a Rating 65 event on August 20 provided he comes through the race well.

Lord Polonius, on the other hand, was an unexpected victor even from Brosnan’s perspective.

“He was on his last chance – he’s had a couple of hurdle trials but because his rating had been so low we’d struggled to get him into some Rating 65 events,” he said.

“Given that he hadn’t raced for nearly two months and we were asking him to go 2100m we weren’t sure how he would go.

“But he used to be trained up there by Chris Gibbs and he may have enjoyed going back to a familiar track.”

Brosnan’s other runner on the day, Quartz Queen, also went a bold race, finishing second to Silverina in a 1200m maiden.

The Ruakaka victories made it four wins for Brosnan in the past two months. The other two came via Apache Boy, who won a maiden at Rotorua on June 26 and then backed up with another victory at Te Rapa on July 9.

The victories were welcome as Brosnan hadn’t been having much luck at all before then.

“I went 12 months without a winner before that,” Brosnan said.

Brosnan won eight races in 2020-21, three of which came via Supreme Heights, all in black type races. Her other successes were in the Group 3 Taranaki Breeders’ Stakes (1400m) at Hawera and the Group 3 New Zealand Bloodstock Ready to Run Sale Trainers Series Stakes (1400m) at New Plymouth.

Supreme Heights wasn’t able to win in three starts last season and has since been retired.

“Waikato Stud have bought her off the syndicate that raced her, and hopefully she does well for them,” he said.

Brosnan has 16 horses in work at the moment – more than usual, though that is mainly due to the transition in season between winter and summer horses.

He could get two chances to extend his winning run at Tauranga on Saturday, with Diamond Jak set to contest a 1400m maiden and Apache Boy possibly contesting a 1400m Rating 75 event.

“They are both in pretty good form and would be good chances if they line up, but there’s a chance I’ll wait another week with Apache Boy,” he said.