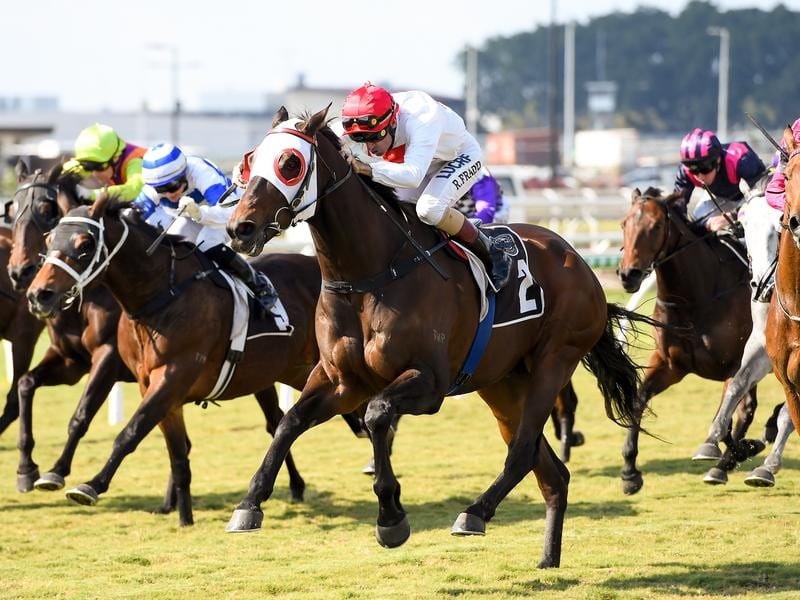 The Anderson-Heathcote training partnership continued its great start when Our Mantra gave them their 26th winner since May at Eagle Farm.

The partnership accepted with Our Mantra in the Listed Queensland Cup (3200m) and the Des Lambart Memorial Handicap (2200m) but elected to run the gelding in the shorter race.

Our Mantra ($3.20) had the run of the race and was too strong at the finish to make it three wins and a second from his past four starts.

Chris Anderson and Robert Heathcote merged their stables on May 1 and have averaged almost a winner a meeting since.

Both have taken a short holiday before the new season starts where they intend to launch a full-scale assault on trainer Tony Gollan’s domination of the metropolitan premiership.

Our Mantra gave jockey Robbie Fradd an early double after he had scored on Sparky Lad.