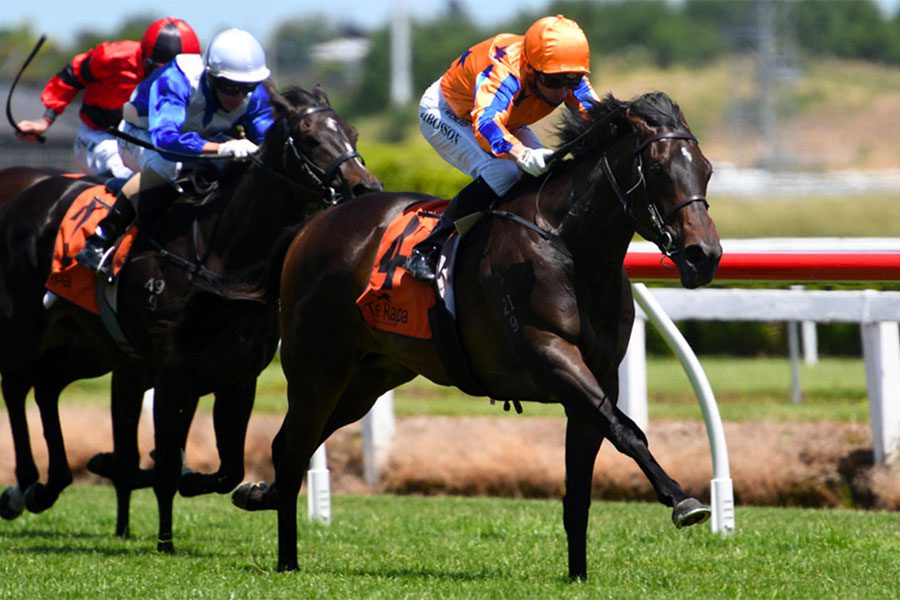 New Zealand filly Bright Blue Sky stepped out for the first time on an Australian racetrack on Tuesday morning in a 900m 2YO Fillies trial at Rosehill Gardens.

The daughter of Fastnet Rock was a $600,000 purchase at the 2021 Gold Coast Magic Millions Yearling Sale by New Zealand’s David Ellis and Andrew Williams Bloodstock.

Bright Blue Sky has only had one career start to date, claiming a dominant 2.3-length win at Te Rapa on November 20 over 1100m in the Listed Fasttrack Insurance 2YO Stakes.

Under the care of New Zealand’s leading trainer, Jamie Richards, the promising filly has been sent across the Tasman in a bid to be the first Kiwi to win the illustrious Gold Coast Magic Millions 2YO Classic next month.

The unbeaten two-year-old had her first public outing in Australia this morning, where she worked home strongly into third in Trial 7 under Tommy Berry.

Bright Blue Sky sits at 15th in the order of entry for the Magic Millions 2YO Classic and is currently an +1000 chance for the January 15 feature, the second favourite behind Ciaron Maher & David Eustace’s filly Coolangatta (+125).

Coolangatta is set to step out at Doomben on Boxing Day in the B.J. McLachlan Stakes (1200m), where a clash with the likes of Heroic Son, Palazzo Spirit and Hard To Say beckons.

Since its inception in 2012, the race has been won by the likes of Unencumbered, Capitalist, Jonker and most recently She’s All Class.