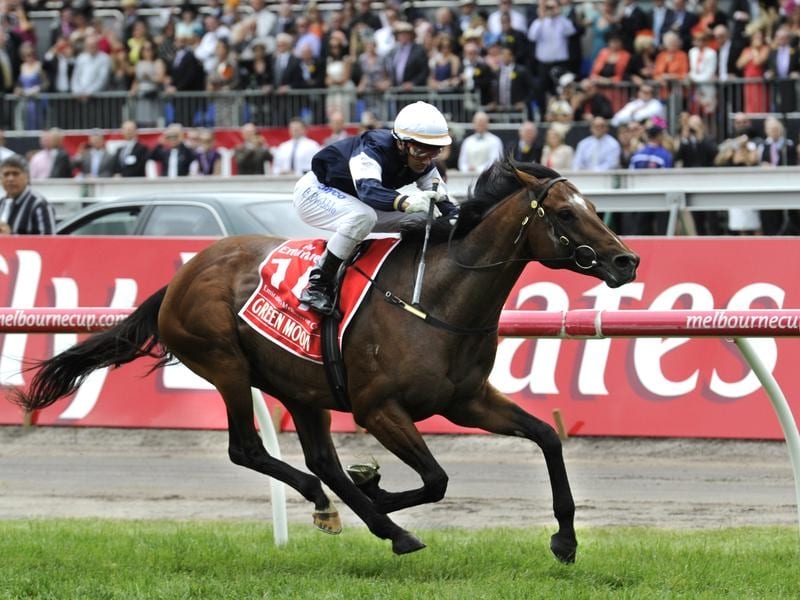 After a stellar career in Hong Kong, Brett Prebble is slowly adjusting to doing the hard yards back on Australian soil.

Prebble admits it’s now hard to get a Cup ride but has an opportunity at a second win in Australia’s most famous race when he partners Steel Prince at Flemington on Tuesday.

The jockey flew in from Hong Kong in 2012 to win on Green Moon for Lloyd and Nick Williams and has his first ride in the Cup since 2015 when 16th on Bondi Beach.

“There’s 11 horses from Europe and Japan in it so that makes it a bit tougher to pick up any spare rides, so I’m fortunate enough to have got one,” Prebble said.

Steel Prince won a Cup start courtesy of his win in the Andrew Ramsden Stakes (2800m) at Flemington in May.

Trainer Anthony Freedman planned a three-run campaign to the Cup with everything looking on track after his first two starts.

But Steel Prince gave connections a scare when scratched at the barrier after striking out before the Herbert Power Stakes on October 12.

The gelding recovered quickly to run in the Geelong Cup on October 23, finishing seventh to Prince Of Arran.

“I haven’t spoken to Anthony directly but I’ve heard through the owners that he’s very happy with the horse,” Prebble said.

“He’s taken no problem from his mishap at Caulfield and he’s had the fitness run at Geelong.”

Prebble has sifted through the form and sees some speed in the race, especially from the overseas brigade, which should enable him to take a handier position from barrier 16.

“The European speed is not the usual speed of our races so it will be interesting to see if they really push the issue to take up those forward roles,” Prebble said.

“Those horses of Aidan O’Brien’s (Hunting Horn, Magic Wand and Il Paradiso) look ones that will be the obvious speed.”