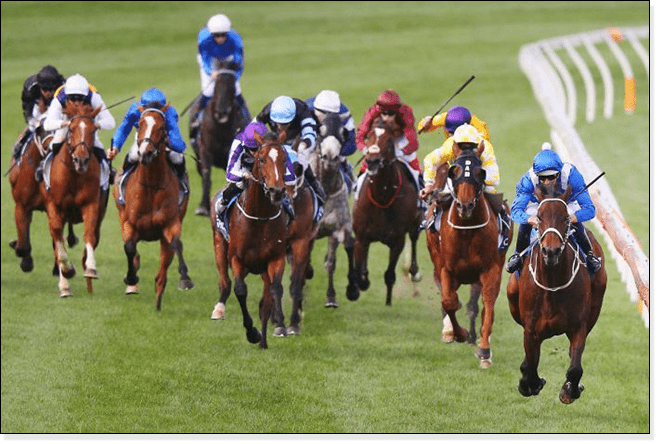 HUGH Bowman has dealt with the pressure and expectation of being a top jockey for most of his career, but he may experience a new level this weekend when Winx takes to the track.

Winx is $1.15 at Sportsbet to win the Group 1 George Main Stakes this Saturday and punters prepared to take the odds will expect nothing short of its best.

Bowman feels partly responsible for how Winx performs on the track, but it ultimately comes down to preparation and natural ability.

“To ride Winx, I feel a level of responsibility, but along with that I feel a lot of confidence in the horse to provide a performance at a level we’ve seen her do over the last 12 months,” Bowman said.

Bowman made comment that he does feel the love from racing fans, but also quipped about feeling the love from disappointed punters.

“But I’m certainly more in the public eye now than previously and that’s another responsibility I’m learning to cope with as I go.”

Bowman has dreamed about riding a champion thoroughbred since he was a boy and believes Winx is gaining that status as its career continues to flourish.

“I guess it’s something you dream about as a young jockey. You dream about riding the Sunline’s, the Lonhro’s, the Makybe Diva’s, the Black Caviar’s of the industry and Winx is certainly making her presence felt at that sort of level now,” Bowman said.

“The the end of the day, it is a responsibility and it is an absolute pleasure to be a part of her, and we hope she’s got more to offer.”

Winx kicked off its 2016 Cox Plate campaign with a win in the Warwick Stakes, but missed its last run due to the wet track conditions. It’s not an ideal preparation heading into the George Main Stakes, but Bowman said they’re on track for the run.

“She feels great. Obviously she didn’t run in the Chelmsford Stakes, so it’ll be four weeks between runs when she lines up in the George Main Stakes,” Bowman said.

“We’re very excited about her progress since her first up run and she’s on track for the weekend.”

Winx had a barrier trial last Friday to get its mind on the job and Bowman believes the hit-out was needed ahead of the George Main Stakes.

“I’m satisfied with where she’s at, she certainly tightened up since her first-up run, she’s had a trial last Friday and I thought that was a worthwhile experience because in the past she has been, and can be, a little fractious in the barriers, especially when she’s feeling very well,” Bowman said.

“The fact she’s been through the barriers since her last run is a positive. She came through it very well.”

Tosen Stardom looks a threat to end the winning streak of Winx following an unlucky run in the last start, but whilst Bowman respects his opposition, he knows they would have to improve to beat Winx.

“He’s a horse that commands respect, there’s no doubt about that,” Bowman said. “He came over here last year with excellent form and with a little time off the scene, he’s now trained over here by Darren Weir. He’s a champion trainer and he gets his horses right for the big events.

“The horse commands respect, there’s no doubt about it, but I’d like to think we’d have his measure.”