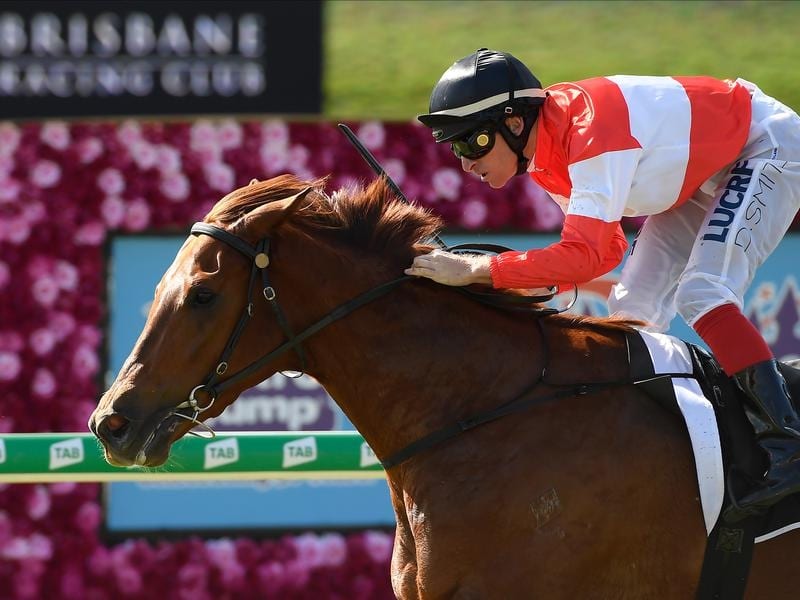 Trainer Dan Bougoure is rarely stumped about the future of his promising horses but smart filly Ginger Rock has set him a poser with her win at Eagle Farm.

Ginger Rock ($8) was given the run of race by jockey Dale Smith and was too good for the favourite Karaja ($2.10) scoring by a half length in the Ascot Green Handicap (1200m).

The filly was bred by Toowoomba trainer Rex Lipp who sent his handy mare Seconde to in-form sire Rothesay.

“Rex sold her to us for $38,000 at the Magic Millions Sales and I think she is going to be a top buy for us,” Bougoure said.

“I will have to have a good think because I reckon she has plenty of potential. Do we keep chasing QTIS bonus money or do I put her aside for the Magic Millions carnival next year?

“She got pushed off the crown of the track at Caloundra at her first start or she would have nearly won instead of running third.”

Bougoure knows all about good horses as he cut his teeth as the strapper for champion galloper Strawberry Road who was trained by his father Doug.

Since he has taken out his own trainers’ licence Bougoure has had plenty of success in his own right most notably with the multiple Group One winner Falvelon.

“The thing with good horses is you have to guide them properly to give them every chance,” he said.

Winning jockey Dale Smith said the race has panned out perfectly and Ginger Rock was always going to be hard to beat.