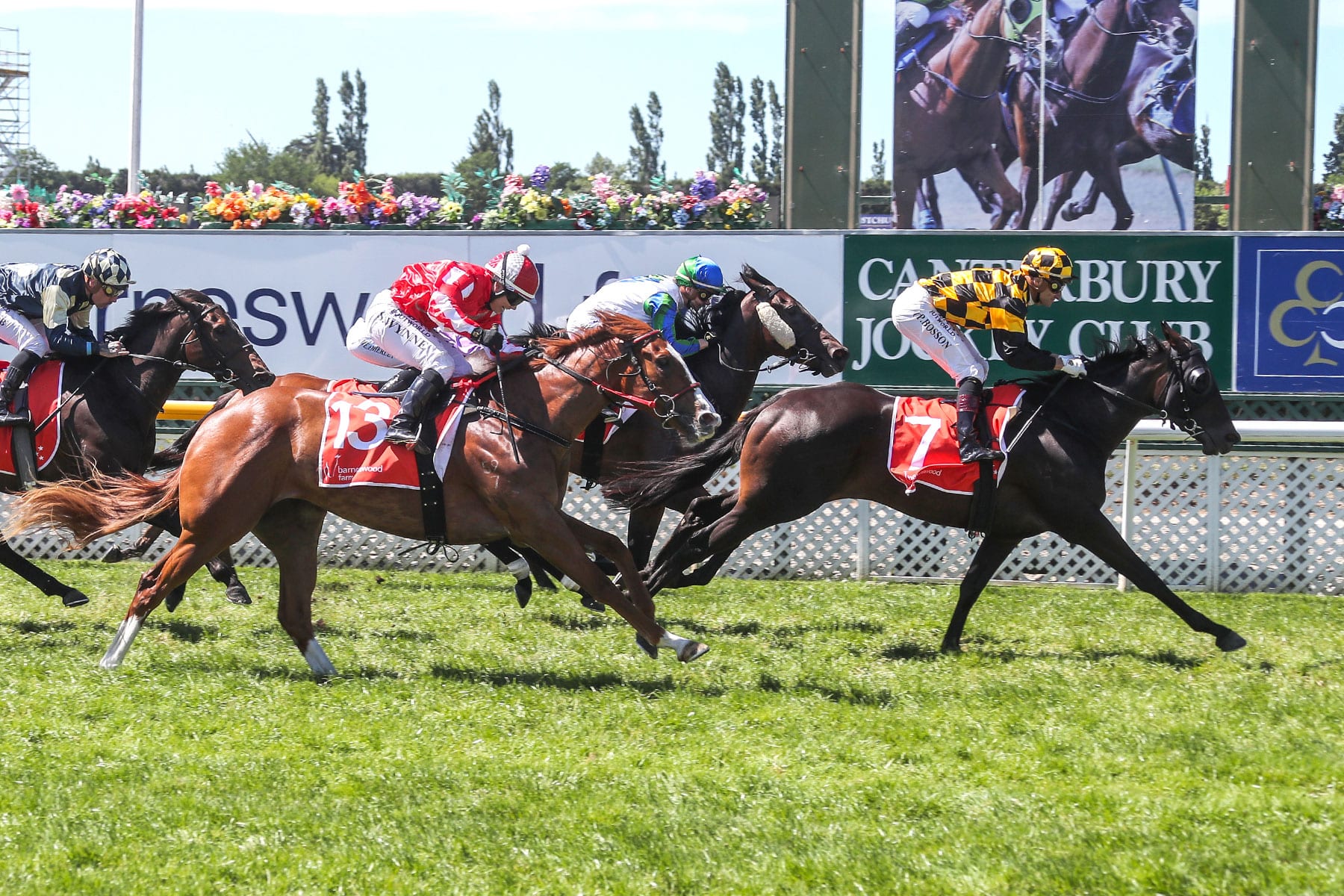 The potent combination of trainer Jamie Richards and rider Opie Bosson were back doing what they do best on Saturday — winning Group 1 races — as they combined to guide Kahma Lass to victory in the Group 1 Barneswood Farm New Zealand 1000 Guineas (1600m) at Riccarton.

Wearing the colours of Cambridge Stud proprietors Brendan and Jo Lindsay, Bosson produced a masterclass to weave the Darci Brahma filly between runners in the home straight before striking the front with 100m to run. Kahma Lass had hinted she would lap up the 1600m of the fillies feature after just failing to catch race rival De La Terre in the Group 3 Soliloquy Stakes (1400m) at her most recent start when storming home.

Stablemate Cornflower Blue was fighting for all she was worth after striking the front halfway down the home straight but couldn’t withstand the potent finish of Kahma Lass and had to settle for third after being nabbed by the late run of local runner Miss Tycoon Rose, who came from near last for second.

Richards was delighted with the victory and the ride by Bosson, who brought up a winning stakes double on the day for the stable having taken out the Listed Frantic Bloodstock Welcome Stakes (1000m) aboard Avonallo, two races earlier. “It all worked out pretty well as they went no tempo,” Richards said.

“She was back getting on heels at the half mile but she got the run through them without having to come to the outside, which was probably the winning of the race. “She’s a good filly and we had the right man on board as he told me he needed the win in the Welcome Stakes on Avonallo which put him right. “We get a big thrill out of winning races for Brendan and Jo as they have been fantastic supporters.”

Purchased by Te Akau Racing boss, David Ellis CNZM for $290,000 from the Curraghmore draft at the 2019 National Yearling Sale, Kahma Lass was having just her fourth raceday start on Saturday and the victory will make her an attractive addition to the Cambridge Stud broodmare band when her racing career is concluded.

“She’d done really well and had gone the right way since her Te Rapa run,” Richards said. “Her work had been very good and she arrived down from Matamata in good order with everything going to plan. “We knew she was pretty sharp when she trialled up as a two-year-old but she had to get through some maturity issues. “That’s the great thing about Brendan and Jo, they let you give them time when it’s needed and they have reaped the rewards here.”

Brendan Lindsay was on a high post-race. “Wasn’t that fantastic,” he said. “I could see she was going well at the top of the straight, but what a ride, it’s pretty bloody exciting alright. “We thought we had a chance but there were plenty of good fillies in the race so we’re just delighted to end up on top.”

Kahma Lass is a daughter of Orientate mare Distinctive Lass and the younger sister to prolific Singapore winner Distinctive Darci and the multiple Australian stakes winner Kuro. She becomes the 11th individual Group 1 winner for her sire Darci Brahma, who numbered the Group 1 New Zealand 2000 Guineas (1600m) in 2005 amongst his five career Group 1 victories.