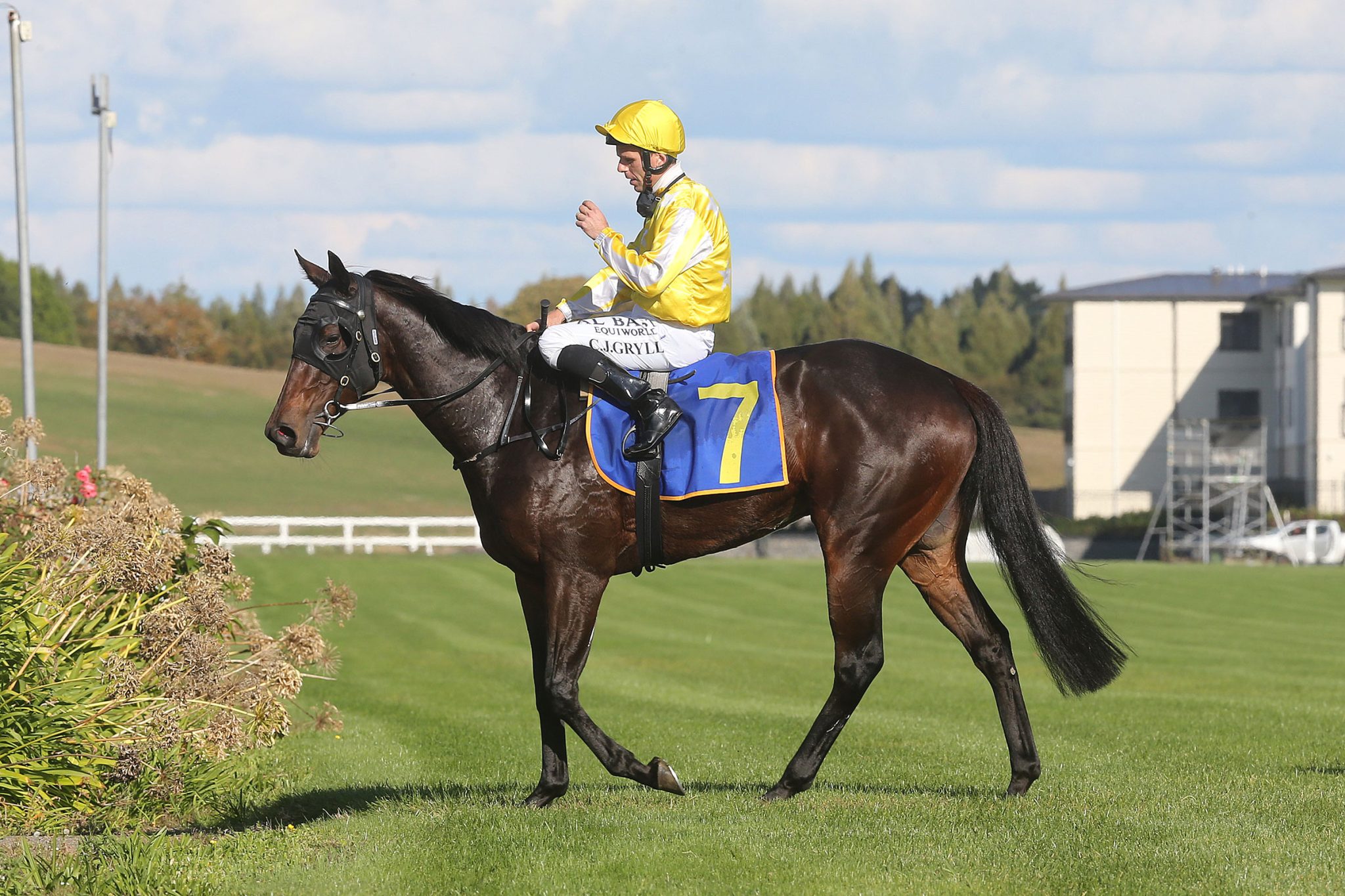 Matamata filly Bonny Lass showed just how tough she is when she overcame a wide trip in transit to deliver a comprehensive victory in the Group 3 Inglis Sales Cambridge Breeders’ Stakes (1200m) at Te Rapa.

The Graham Richardson and Rogan Norvall-trained daughter of Super Easy was forced over plenty of extra ground as rider Craig Grylls couldn’t get her any closer than three horse widths from the running rail throughout the 1200m journey.

Grylls asked his charge to move into contention at the top of the straight before charging to the lead at the 300m. Expected to flinch as the challengers came at her in the closing stages, Bonny Lass refused to yield as she held out the late charge of Wairau Cove by just over a length with Wewillrock close up in third.

Richardson feared the worst when he saw Bonny Lass a sitting duck in the home straight after doing so much work to get to a challenging position.

“All I could think was that if she won from the trip she had had, then she is a very special filly,” he said.

“We know she is tough but that was beyond expectations really.

“She stuck it out when she had every reason to throw it away, so we are very proud of her.”

Richardson knew the filly was ready to give her best after a sparkling workout in the hands of Grylls on Tuesday morning.

“We couldn’t time her due to the fog on Tuesday, but when Gryllsy came back in he was amazed,” Richardson said.

“He said he was having trouble pulling her up as she just wanted to charge to the post. I knew she was well and she was eating perfectly, so we went into the race with a degree of confidence.

“I said to the owners that they shouldn’t worry about her wide draw (13) as she had won from out there before, but I don’t think you could write a script that would see her winning after the way the race panned out.

“I think that is all we will see of her this time, as she can go to the paddock now and have a really good break.

“She is only a medium size, but she will strengthen up further and her main target next season will be the Group 1 Railway Stakes (1200m) on New Year’s day.”

Raced by her breeder Sandy Moore along with Brent and Wendy Cooper and the Social Racing Starting Gates Syndicate, Bonny Lass has won five of her 10 starts and over NZD$215,000 in prizemoney.