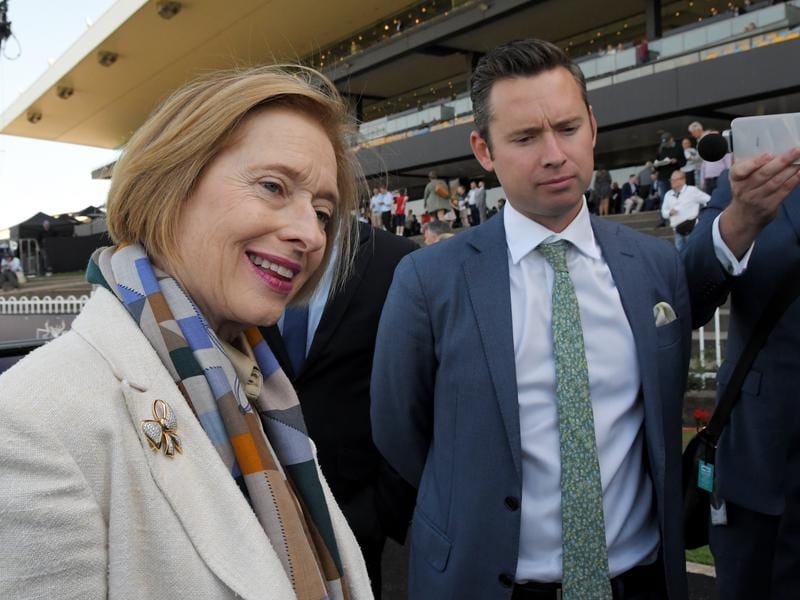 The decision not to pursue a Victoria Derby preparation with Just Thinkin’ could result in a $1 million pay day if he can justify his favouritism and win the inaugural Bondi Stakes.

While a Derby shot was entertained by trainers Gai Waterhouse and Adrian Bott, they felt the horse would be better placed at middle distances this spring.

And according to Bott, Saturday’s $1 million Bondi Stakes (1600m) at Randwick shapes as an ideal target.

“For him, it is really the perfect race,” Bott said.

“Obviously being the first year people are still feeling their way with the programming.

“But it has got to a point where the prize money is so significant these sorts of races can’t be ignored and he is a gelding so he doesn’t have to be down in Melbourne chasing black type.”

A dominant winner of the Listed Dulcify Quality three starts ago, Just Thinkin’ followed a fourth to Shadow Hero in the Gloaming Stakes with a similarly brave effort to fill the same placing behind the same horse in the Spring Champion Stakes.

Bott has no doubt Just Thinkin’ will be in the finish on Saturday if he can replicate his Spring Champion effort.

“He showed a good turn of foot to kick away at the top of the straight and it took some quality horses to run him down,” Bott said.

“No doubt it was a tough old run but he was pretty seasoned for that and he has come out of the race well.”

Just Thinkin’ will have nine Bondi Stakes rivals including Kubrick, who wears blinkers for the first time in his return to Sydney after finishing down the track in the Caulfield Guineas.

Gerald Ryan has also put shades on promising colt Bottega after his third to stablemate and Bondi Stakes rival Colada in the Stan Fox Stakes.

While Waterhouse and Bott have decided against a Derby tilt for Just Thinkin’ in Melbourne, they have not ruled out taking him down a Classic path as an autumn three-year-old.

“He wasn’t quite going to be the seasoned staying type needed for a Derby campaign down there,” Bott said.

“He was showing a bit too much brilliance and we decided we were going to focus on it in the autumn.”

Just Thinkin’ was a $3.90 Bondi Stakes favourite with bookmakers on Thursday, ahead of Bottega and Kubrick at $4.60.