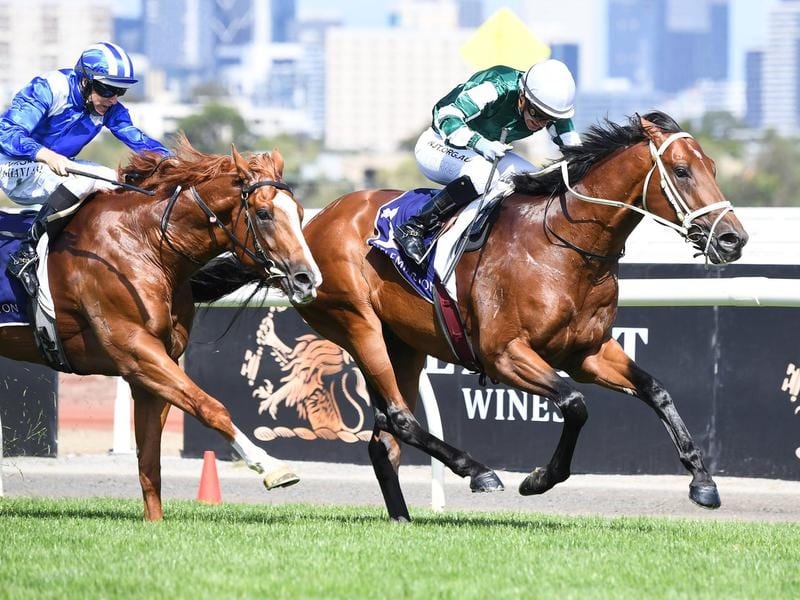 The winner of the 2020 Blue Diamond Stakes, Tagaloa, has been retired to stud following his ninth-place finish in the All Aged Stakes at Randwick, Australia, on Saturday afternoon.

The Trent Busuttin and Natalie Young-trained son of Lord Kanaloa is set to stand at Yulong Investments, with a fee set to be announced in the coming days expected to be in the range of A$30,000.

Tagaloa leaves the racing track with three victories from 13 career starts and will no doubt attract plenty of interest from breeders.

Yulong Investments chief operating officer Sam Fairgray welcomed the addition of a prominent Japanese bloodline to his team for the upcoming breeding season.

As Tagaloa is an outcross for all the Danehill line mares, meaning females out of Danehill, Redoute’s Choice, Fastnet Rock, Snitzel and Not A Single Doubt can all go to him.

The three-year-old colt will join the likes of Grunt, Alabama Express, Yulong Prince and the great Written Tycoon in his first season at stud for Yulong.

Tagaloa will long be remembered for his win in the 2020 Blue Diamond Stakes (raced over 1200 metres at Caulfield, Australia), and he was an impressive winner of the Group 3 CS Hayes Stakes at Flemington back in February this year.

With Caulfield Guineas winner Ole Kirk set to stand at Vinery Stud for a A$55,000 fee, it shows the difference in winning a two-year-old sprinting feature compared to taking out a Group 1 event over the mile.

As the racing season draws to a close over the next three months, there will be plenty of proven Group 1 gallopers heading to the breeding barn.