Blinkers to bring out best in Group One hope 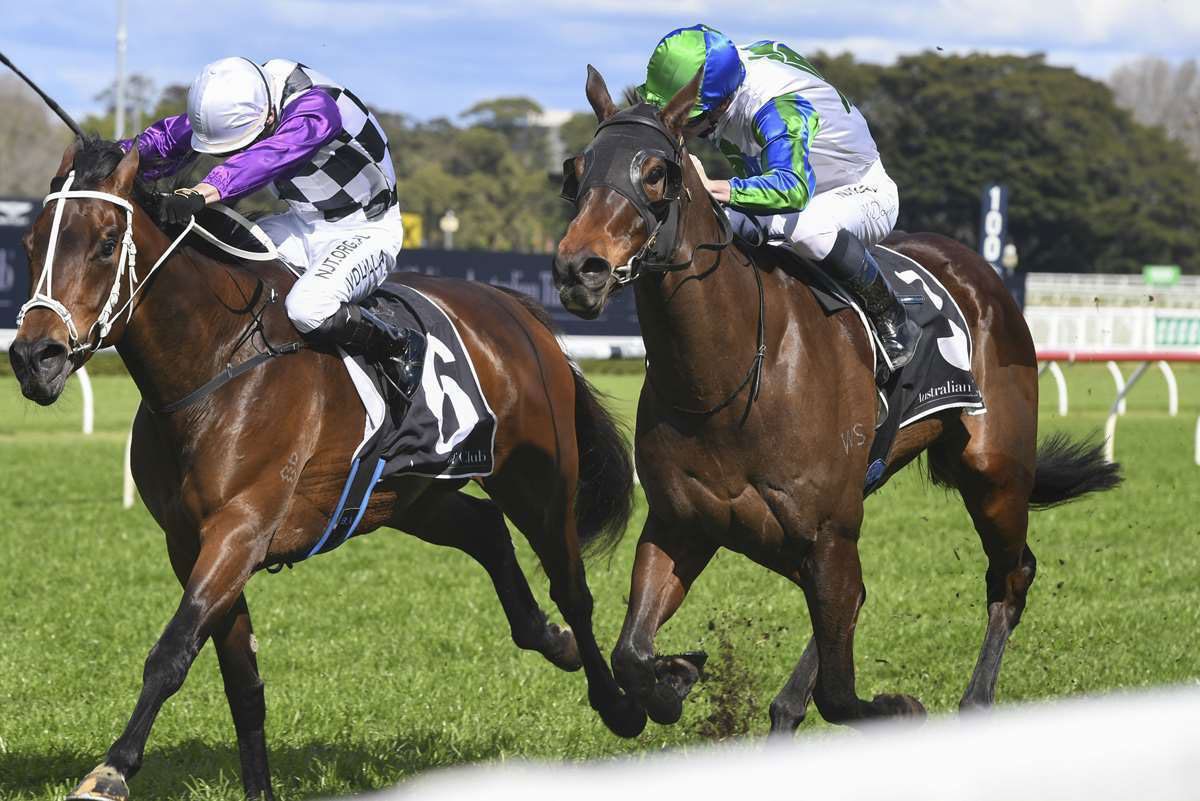 Stephen Marsh is confident the addition of headgear on All Saints’ Eve at Tauranga on Friday can set the mare on a path to significantly add to her future broodmare value.

The Cambridge trainer has welcomed the daughter of Sacred Falls into his stable for her current preparation and a bold showing in the Ray White Pukehina Open Handicap (1600m) will earn a crack at the Group 1 Harcourts Thorndon Mile (1600m) at Trentham later this month.

All Saints’ Eve made her first appearance for Marsh at Ellerslie on Boxing Day, but was twice held up in the straight and should have finished closer than seventh.

“She didn’t have a lot of luck and she is a very relaxed mare and has come right on in the coat since that run,” he said.

“With the blinkers on, I am picking she is the big improver. Her work has been good in the blinkers, she’s grown another leg and if she wins then she’ll go to the Thorndon.

“She came home to be served (by Savabeel), but she’s not in foal so we’re under no time restraints with her.”

All Saints’ Eve is raced by breeders Waikato Stud and Rosemont Stud and raced in partnership with Isabelle O’Shea, wife of Sydney trainer John O’Shea who prepared the mare to win four races in Australia, including the Group 3 Tibbie Handicap (1400m).

The five-year-old, who is a sister to Group 3 James Carr Stakes (1400m) winner All Hallows’ Eve and half-sister to the Group 1 New Zealand 1000 Guineas (1600m) winner Hasahalo, has also placed at Group Three level in the Liverpool City Cup (1300m) and Kembla Grange Classic (1600m).

Marsh has also accepted at Tauranga with the in-form Bankers Choice, but a match-up against All Saints’ Eve will be delayed and a possible clash in the Thorndon with the gelding most likely to head to Trentham for the Group 3 Dixon & Dunlop Anniversary Handicap (1600m).

“He is in great form and holding it and if he impresses again on Saturday and comes through it well then we’ll put in a late nomination and take him back for the Thorndon,” Marsh said.

Bankers Choice has won four of his nine starts, including his last two on the bounce following stylish victories at Te Rapa and Ellerslie.

Marsh has a strong team in at Tauranga where Lincoln King and Starrybeel will go head-to-head in the Ray White Whakatane And Ohope Handicap (2100m).

“The two staying boys have done so well since their last runs. They will probably be finding the 2100m too sharp and are looking for two miles,” Marsh said.

“They will go around to get some more mileage into their legs. They both have class on their side though and aren’t the top-rated horses for nothing and will still race well.”

Both horses are in good form and are being aimed at the Group 3 NZ Campus of Innovation & Sport Wellington Cup (3200m) at the end of the month.

Lincoln King closed bravely for fourth in the Group 3 New Zealand Cup (3200m) two runs back and was then narrowly beaten when runner-up in the Taupo Cup (2000m).

Starrybeel was successful in a Dunstan Feeds Qualifier (2200m) in November and in two subsequent appearances finished second in the Group 3 Waikato Cup (2400m) and fourth in the Group 3 City of Auckland Cup (2400m) on New Year’s Day.