Blinkers the right fit for Hunnam 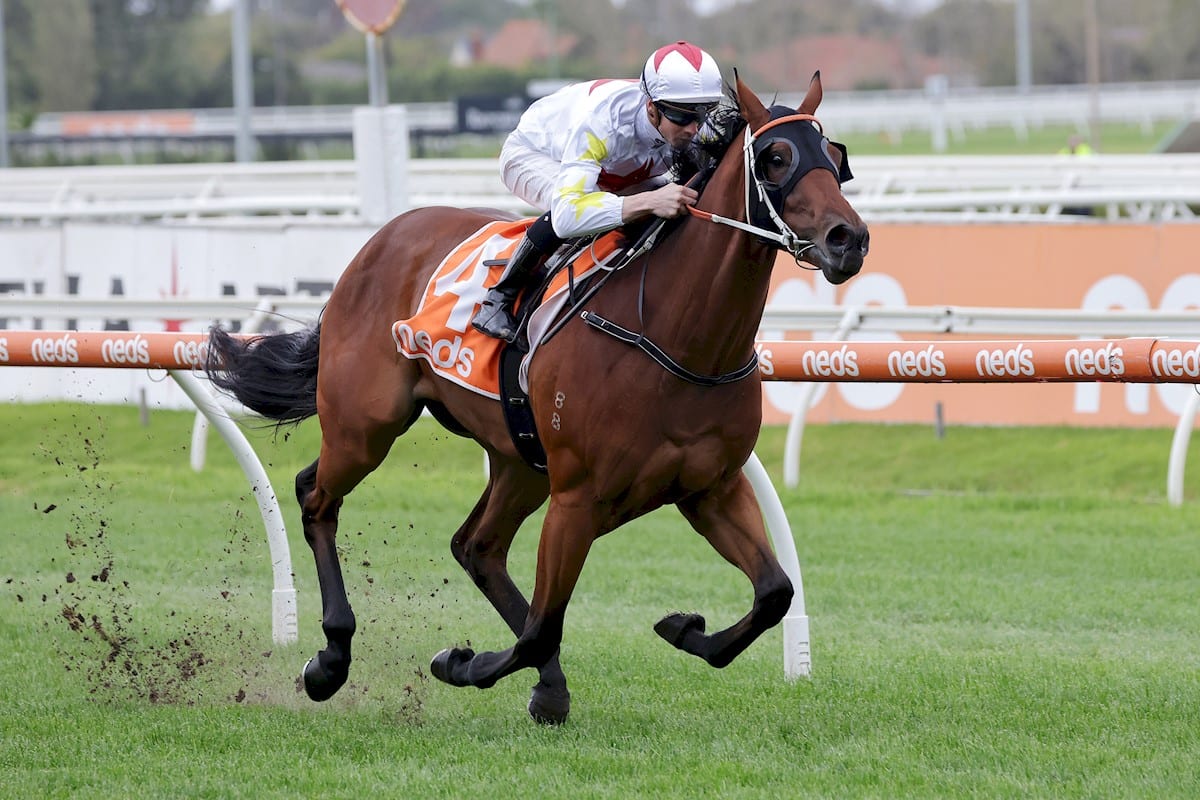 The Hawkes Racing-trained two-year-old Hunnam has appreciated a rise in distance and getting back into blinkers with an impressive all-the-way victory at Caulfield.

Returning to Caulfield a week after running third in the Listed Redoute’s Choice Stakes (1100m), Hunnam was untroubled in leading throughout to take out the Neds Handicap (1200m) on Saturday.

Under the guidance of Melbourne Cup winning jockey Jye McNeil, Hunnam (+320) raced to a one and three quarter length win from He’s Xceptional (+500) with the +170 favourite Cheerful Legend a further one and a half lengths away third.

Hunnam finished third behind Sydney filly Najmaty in the Redoute’s Choice Stakes last week without the headgear he had worn at his previous start.

But Hawkes Racing realised the error of their ways and were quick to replace the winkers the gelding wore last week with blinkers.

McNeil said it was a winning move along with the decision to roll forward on the gelding.

Hunnam led the field with the runner-up to his outside, while the Cheerful Legend was cluttered up in the small field.

“The team made the plan to roll forward if we began well enough today which really suited the race,” McNeil said.

“The 1200 metres and the blinkers were the key to today’s performance and it was quite easy for him.

“The blinkers helped him travel better underneath me and he lifted when I asked.

“He travelled really comfortably so in the future he’ll be able to get over a bit more ground.”