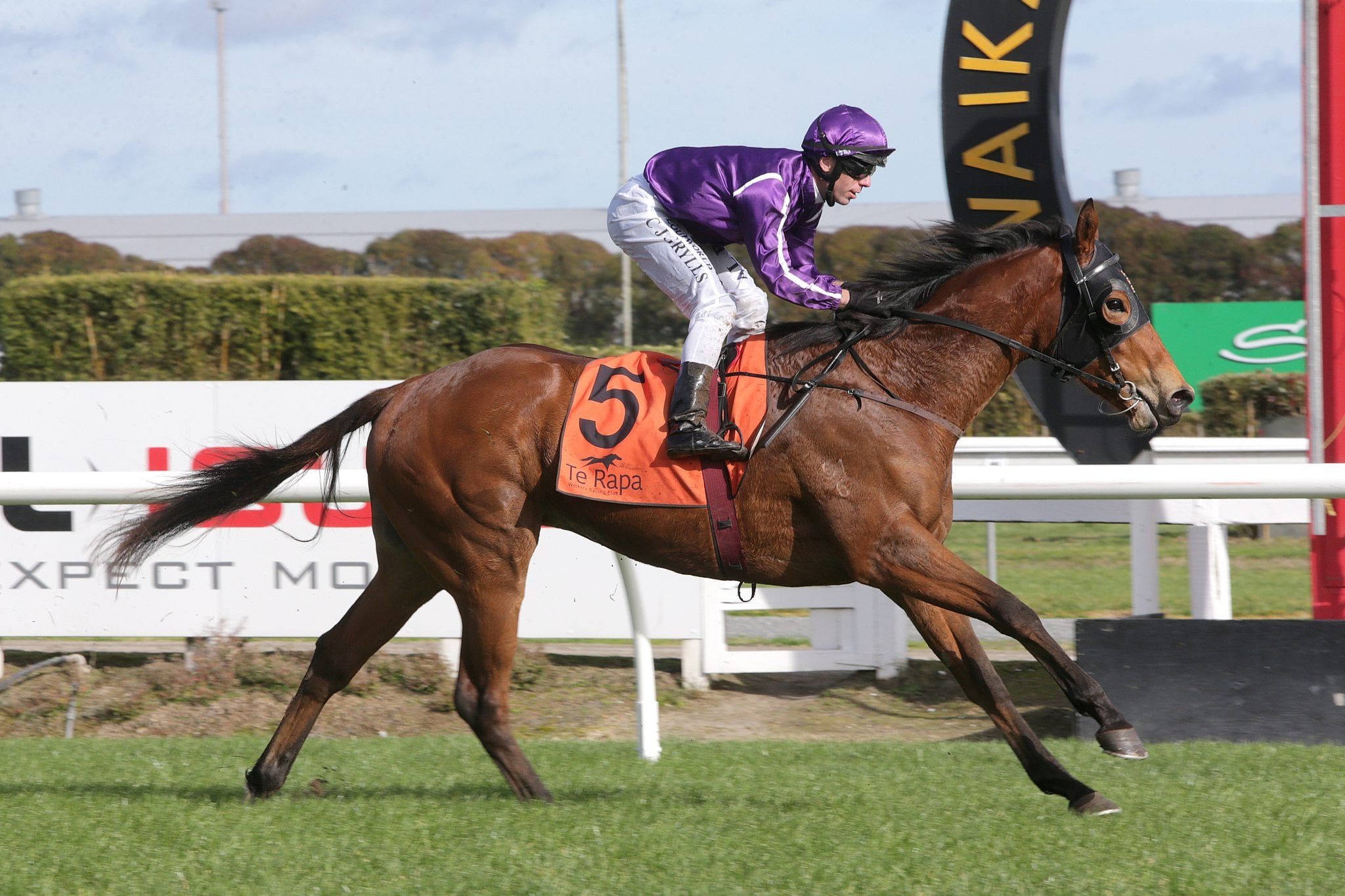 The connections of impressive two-year-old debut winners at Te Rapa and Awapuni on Saturday are eyeing bigger things in the new season.

London Bound made a spectacular start to her career in the Win the Group 2 Waikato Guineas (1200m) at Te Rapa. After sitting in last place early in the race, she cruised up behind the leaders approaching the home turn for jockey Craig Grylls. London Bound took over effortlessly at the top of the straight and powered clear, winning by seven lengths from the last-start Listed Castletown Stakes (1200m) winner Flaunting. “We’ve always had a big opinion of her and she did it really well today,” said Clayton Chipperfield, who trains the filly for owner Pharos Thoroughbreds.

“I’ve told the owners they have a potential Oaks (2400m) filly on their hands next season. She’s built like a tank and is bigger than any of my colts. But the way she won today, we might have to look at the 1000 Guineas (Group 1, 1600m) in November as well. It’s pretty exciting. “In the meantime, there’s another race at Te Rapa in two weeks that has a Pearl bonus. If she pulls up really well from this run, there’s a chance she might back up there.” London Bound is the fourth individual winner for Rich Hill Stud’s first season sire Proisir, the equal most this season alongside Charm Spirit.

Meanwhile, Lord Bouzeron’s victory in the Rayner Building 2YO (1200m) at Awapuni has earned him the chance to add to a proud family record in a Listed spring feature. “I’ll probably aim him for the Wanganui Guineas (1340m), which is my favourite race,” trainer and part-owner Chrissy Bambry said. “He’ll have one more run before that.” Bambry’s father Tony won the Wanganui Guineas with Lord Turbo in 2013 and Alcaldesa in 2015, while Acquisto placed in 2014. This year’s edition will be held on September 7.

Lord Bouzeron’s winning debut on Saturday was a stylish first step, racing on the pace throughout and taking a clear lead with 300 metres to run. Kellys Inspiration emerged from the pack with a strong challenge, but Lord Bouzeron held on by a short head. The rest of the field finished almost five lengths adrift. “I said to Holly (Andrew, jockey) that if he gets into a dogfight, he’ll win all day long,” Bambry said. “It looked like the other horse was going to go past, but I knew he’d hold on. “He reminds me a lot of Lord Turbo, and he’s probably a bit more switched on. We’ve always really rated him and he’s got big things ahead.”

Lord Bouzeron is by Cambridge Stud stallion Burgundy out of the Pentire mare Threepence, who is a half-sister to the Auckland Cup (3200m) winner Titch.