Bivouac Turns Tables In Run To The Rose 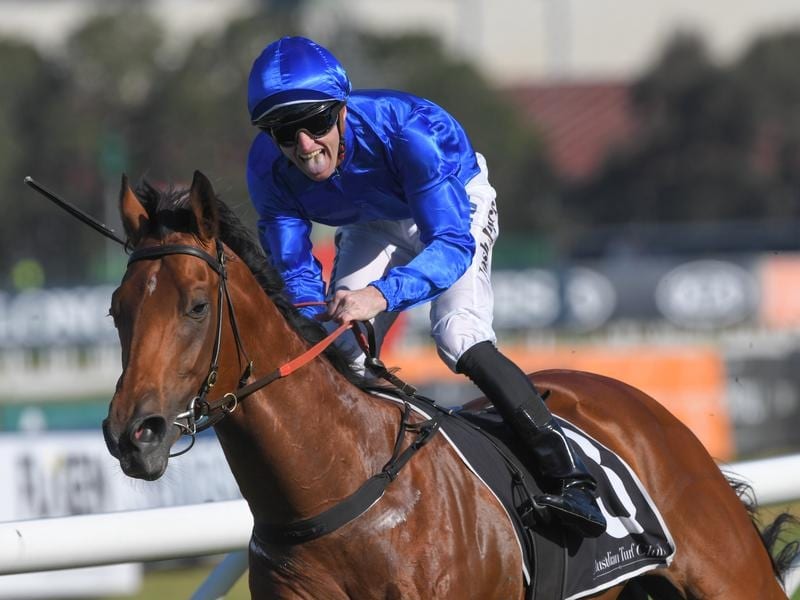 The Golden Rose picture has changed complexion again with Bivouac turning his form around to put himself well and truly back in the frame.

Second to Exceedance on a heavy track two weeks ago in the San Domenico Stakes, the Godolphin colt lined up in Saturday’s Run To The Rose (1200m) on firm ground.

He was without the blinkers he wore last time and also without his jockey Hugh Bowman who was nursing a broken finger and was ably replaced by Josh Parr.

But Bivouac had too much on them, holding Yes Yes Yes by two lengths with a long head to Exceedance.

“I found my position really comfortably in what looked to be a tricky race on paper. I was confident a very long way from home.

“It was a very good decision by the team at Godolphin to remove the blinkers.

“He’s a very high energy horse. We know he can go fast and he’s done it today without the blinkers and he’s absolutely donkey-licked a very classy field of horses.”

“I think it was a masterstroke by James taking the blinkers off,” he said.

“He probably needed them early days but he is a lot more switched on now.

“I think getting that consistency into his rhythm, his galloping and breathing, he was a very happy horse.”

Beadman said Bivouac would need to draw well in the Group One Golden Rose in two weeks to ensure he could be as effective over 1400m.

He is now the TAB’s $3.50 equal favourite with Exceedance.

“The Golden Rose is going to be a great race. It will come down to the barrier draw and the track conditions,” Beadman said.

Trainer Chris Waller was pleased with the return of Yes Yes Yes.

“I was very happy with, him especially the way he dug deep the last 50 metres,” he said.

“The winner and the third horse had both had runs this prep and our horse hadn’t. I think he’ll be the big improver and I’m very happy with him heading towards the Golden Rose.”

Yes Yes Yes is on the second line of Golden Rose betting at $4.50 with his stablemate Kubrick next at $11.

Kubrick finished fourth in the Run To The Rose, five lengths from the winner.

“He got a bit too far out of his ground,” Waller said.