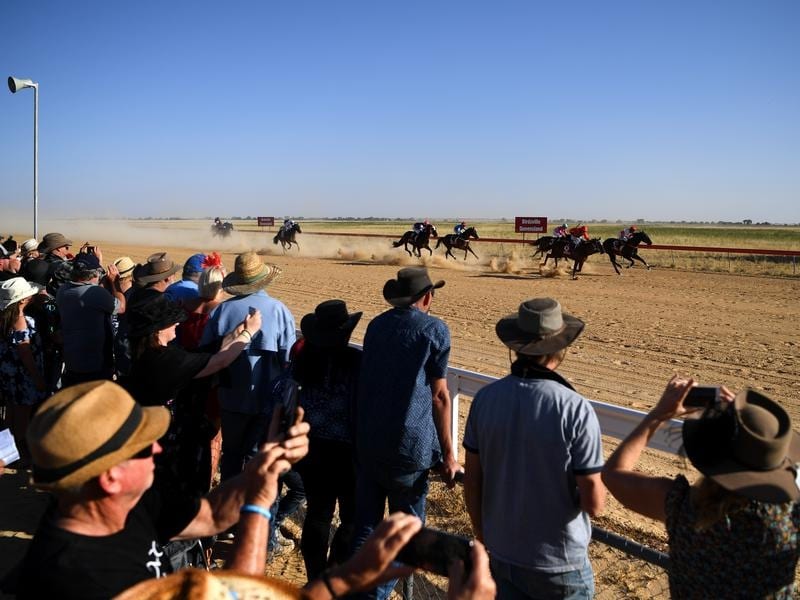 Queensland’s iconic Birdsville horse racing carnival is the latest COVID-19 victim, with organisers announcing this year’s event has been scratched.

The event, known as the Melbourne Cup of the outback, have been held since 1882 and is a major tourist drawcard for operators in the state’s far west.

The races, staged in the Simpson Desert, were to be held on September 4 and 5.

“As much as we were holding onto the hope that we could run them, we’re at a point where we’ve had to concede defeat.

“The health of our patrons, and those who live in outback Queensland, is of paramount importance to us – and it is impossible to know what the status with COVID-19 will be come September,” he said.

The races usually attract more than 7000 visitors to the tiny township – which has a population of just 115 – near the South Australian border.

Yabby races, street parties, an outdoor cinema and live music lead into the big Friday and Saturday race days at the Birdsville racecourse.

The last time the event was cancelled was because of an equine influenza outbreak in 2007.

The races recorded its largest attendance the following year, and organisers are hoping 2021 crowds will set records.