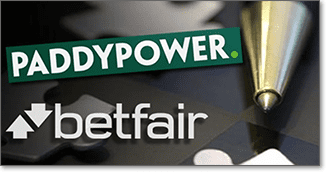 IRISH bookmaker Paddy Power, current owner of Sportsbet.com.au, and betting exchange Betfair have announced plans to merge in an A$10.85 billion dollar deal.

The deal does not involve Betfair Australia, which was purchased by Crown Resorts in August last year, but Paddy Power shareholders will now own 52 percent of the new entity, with Betfair shareholders have 48 percent.

Both Betfair and Paddy Power shares have risen since the news and the merged company intends on keeping both bookmakers separate.

“We fundamentally believe this industry is all about scale,” Betfair boss Breon Corcoran said.

“By putting together two distinct but phenomenally strong brands, we’ll have a market-leading position in the UK, Ireland, Australia and the United States.

Twice placed at Group level throughout the autumn, Supara kicks off its spring campaign on towards bigger targets later this year.

“She’s ready to rock and roll in that race,” Waterhouse said.

Supara has trialled twice this preparation and it finished third behind Godolphin runners Vashka and Hartnell on August 10.

Waterhouse believes the fillies and mares races held throughout the spring will provide a good indication as to Supara’s ability.

“I’ll keep her to the mares’ grade races this spring and see what level she’s at.”

Boban out for Group 1 success in Memsie

The first Group 1 of the season takes place this Saturday at Caulfield as the Memsie Stakes unofficially kicks off the spring season.

Group 1 winner Boban is among the favourites for the 1400-metre feature and jockey Glyn Schofield stated it has kept its fitness levels up after running in the Brisbane Winter carnival earlier this year.

“He came back in that carnival in fine fettle and he seemed to have retained some race fitness after a couple of trials so Chris [Waller] has adopted a similar program with him with the first-up run in the Memsie Stakes,” Schofield said.

“His two trials have been good and his two runs in Brisbane were great.”

Boban is currently a $4.80 chance with Sportsbet.com.au and the barrier draw of four is ideal according to Schofield.

“I suppose it’s quite nice that we’ve drawn that gate because it allows us to be where we want to be, but we have to be mindful that he has got a certain run style and we won’t be changing that,” Schofield said.

“He’s been around for quite some time, but he’s the highest-rated horse in the race and he’s got some strong form behind him so we’re pretty happy with him going forward.

The 2015 Memsie Stakes is the first Group 1 of the new season and a maximum field will take its place, with the exception of Fawkner.

Current favourite is the Chris Waller-trained Boban at $4.40. The nearest priced runner to Boban is Volkstok’n’barrel at $8 so the market is wide open and there is plenty of value with some classy runners.