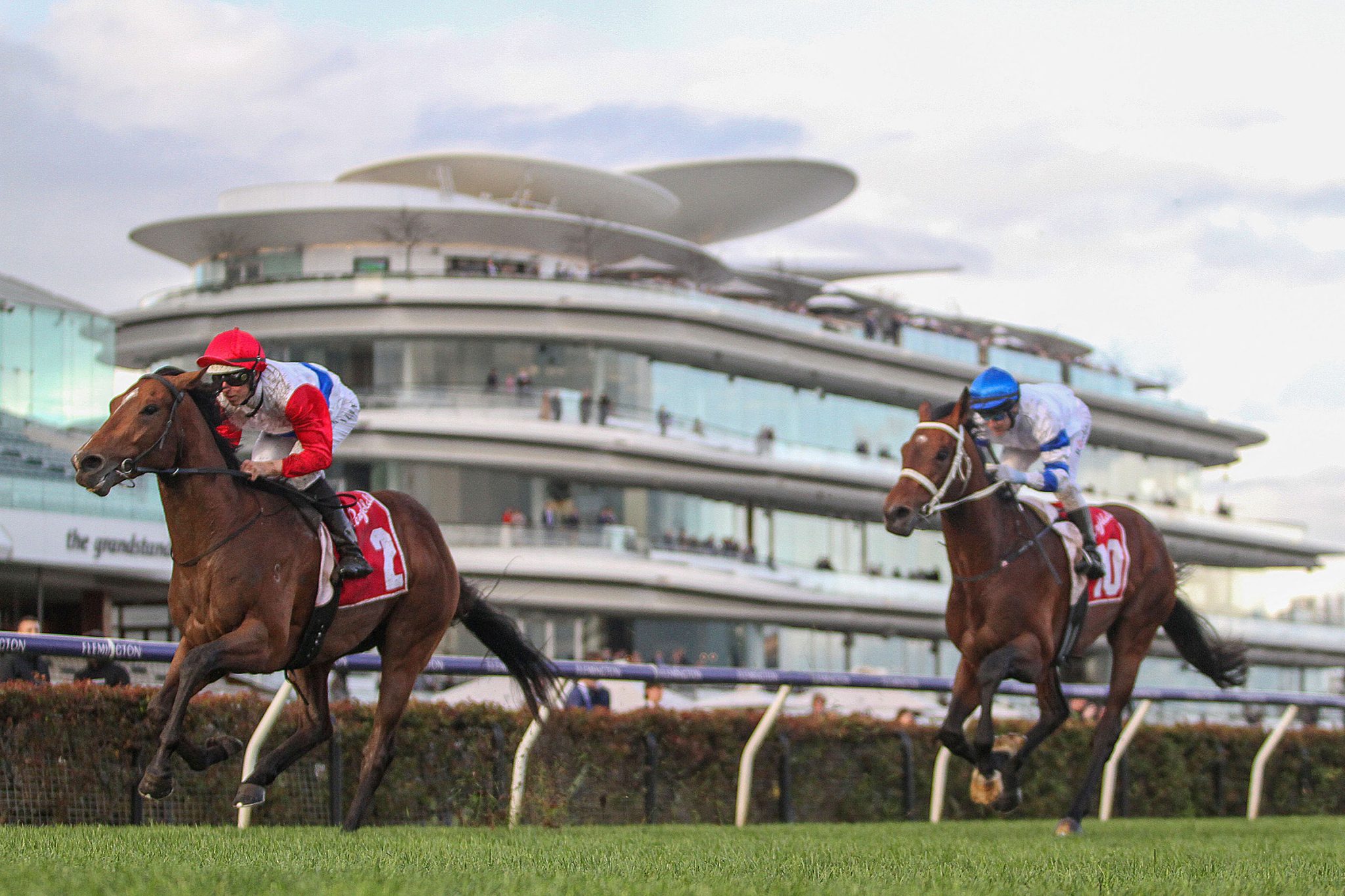 Andrew Forsman enjoyed a satisfying weekend in Australia with his classic contenders, with upcoming Group One aspirations to be further boosted by a break in the weather.

Both venues provided unsuitable heavy conditions for the stablemates and Forsman was delighted with the duo’s performances under trying circumstances.

“I was a little bit nervous with the bad weather around and I don’t feel like it played into our hands, but they both were very gutsy,” he said.

“Ironically, we normally take horses that are advantaged by wetter ground but She’s Licketysplit definitely made hard work of it and only got balanced that last 100m.

“She was able to go again and hold on for third, which was a great effort.”

“She’s Licketysplit was only second-up so she should have good improvement in her and pulled up well,” Forsman said.

The daughter of Turn Me Loose is currently rated an +1000 chance in the Group 1 Thousand Guineas (1600m) at Caulfield on October 12.

“Damian Lane will stick with the filly and with the colt we might run him in a fortnight in the Super Impose Plate (Listed, 1800m) at Flemington, that’s probably the likely plan.

“Then he’ll run in one of the three lead-ups to the Derby. It’s all going to plan at this stage with both horses, hopefully they keep going.

“It’s not the business end yet, but they are certainly right in among it, that’s for sure.”

The son of Savabeel was a month between runs when he claimed the Derby Preview to guarantee a spot in the Group 1 VRC Derby (2500m) on October 30.

Forsman has a strong association with Mr Maestro’s family with the now retired Murray Baker preparing the colt’s dam Let Me Roar, a daughter of Rip Van Winkle, to win her first six starts before she ended her career with a third placing in the Group 2 Easter Stakes (1600m).

He also travelled to Australia as Baker’s foreman with Let Me Roar’s ill-fated half-brother Lion Tamer when he won the 2010 VRC Derby.

The Intimidator followed up a debut second with success over 1300m and the Toronado gelding has a nomination for the Group 1 Al Basti Equiworld Dubai New Zealand 2000 Guineas (1600m).

“That’s the logical thing to do, but it’s not a concrete plan,” Forsman said.

“In many respects, he is still quite an immature horse physically and whether he needs to be put through a trip to Riccarton is something he’ll tell us in the next few weeks.”

Lady Koval posted her second career success after the American Pharoah mare won at the first time of asking a year ago on the synthetic track at Cambridge.

“She has been a bit of a work in progress and we finally feel we might be getting somewhere with her, which is great,” Forsman said.