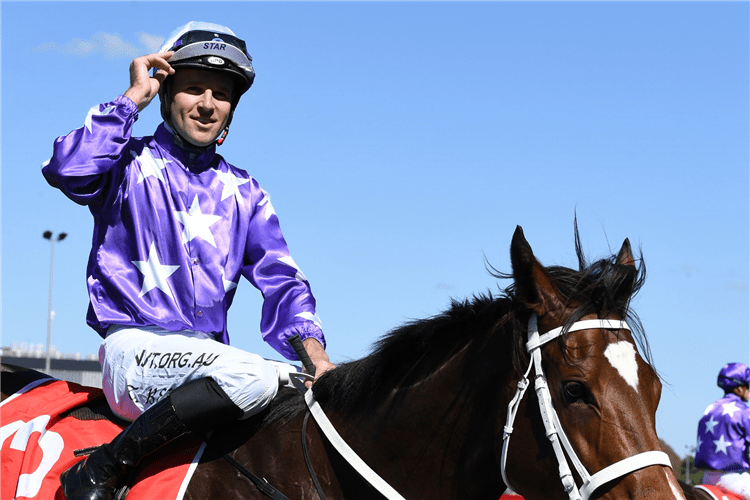 Having claimed the Country Championships Final aboard Art Cadeau, Tommy Berry is bullish about his prospects of adding the Provincial version on the Kim Waugh-trained Great News.

The mare has won half of her 10 starts and is yet to miss a top-three finish.

She will have to overcome a wide draw in gate 16 for Saturday’s $500,000 Provincial Championships Final (1400m) at Randwick but Berry is confident she is up to the task.

“She has a very similar record to what Art Cadeau had last week, both horses haven’t really been unplaced,” Berry told Sky’s Big Sports Breakfast.

“She’s got to contend with a very wide gate again on the weekend but I’m not too worried about that.

“There looks to be a little bit of speed in the race so providing she steps away well, I’ll still be positive myself and hopefully slot in midfield.

“If she gets any sort of luck on the day, I think she will be too good for them.”

Early punters agree and Great News is a +170 top pick to give Waugh an overdue win in the feature race.

The Wyong-based trainer has had to settle for a string of placings since its inception in 2015 with Oxford Poet finishing third in the inaugural running, while Newsfan (2018), Spring Charlie (2019) and Oxford Tycoon (2020) have all filled the minors.

Kris Lees has weight of numbers on his side with six runners headed by Cristal Breeze, who was runner-up to Saturday’s rival Pandano in a qualifying heat at Newcastle in February.