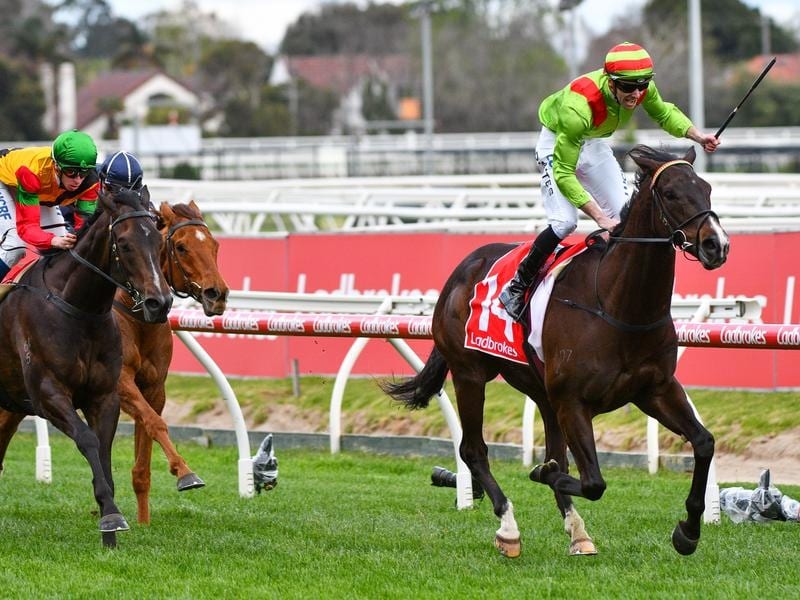 Begood Toya Mother has delivered on a long-range plan in the Group One Sir Rupert Clarke Stakes at Caulfield in a dream result for young Warrnambool trainer Daniel Bowman.

Saturday’s $500,000 handicap over 1400m had been Bowman’s target for several months with Begood Toya Mother and the exciting gelding did not disappoint on the big day, giving both Bowman and Irish jockey Declan Bates their first Group One successes.

“When he won at Sandown (in April) he put the writing on the wall that he was the type of horse that fitted the profile for this race so that’s when we put the plan in motion to get here,” Bowman said.

“When a long-range plan comes off, it’s fulfilling. And I’m sure it will sink in later.

“It’s a relief now but I’m sure in a couple of hours time it will start to sink in.”

The 6-1/2-length victory at Sandown in a benchmark 70 on April 22 was the third victory in a six-race winning sequence for Begood Toya Mother rising through the grades, but that streak was broken when he finished sixth in the Group One Memsie Stakes three weeks ago.

But dropping from 59kg that day to the limit of 52kg on Saturday, Begood Toya Mother led early before getting a trail when Linda Meech pressed on to lead on Iconoclasm.

Begood Toya Mother ($3.10 fav) was full of running around the home turn as he retook the lead and the five-year-old was never in danger in the run to the line, beating Age Of Chivalry ($15) by 1-1/4-lengths with the same margin to Widgee Turf ($14) in third.

The gelding and Bates returned to the mounting yard to the cheers of Begood Toya Mother’s big group of owners.

“You could just see the horse was just getting keen but then when Linda came across on Iconoclasm he just went to sleep,” Bowman said.

“A good tempo just took the backmarkers out of it and we just used our weight advantage. He was too strong.”

Bowman has been training for five years and the 33-year-old said becoming a Group One-winning trainer ticked an important box.

“It proves that I can do it and I’ve got the capabilities to get the right horse and do it,” he said.

Bates has been based in Victoria for the past four years and he stood high in the irons as he passed the winning post, having been chipping away at his weight for the past couple of months to ensure he got down to 52kg.

“I’ve approached it really well and I feel 100 per cent and I’m just happy to be able to do the horse justice,” Bates said.