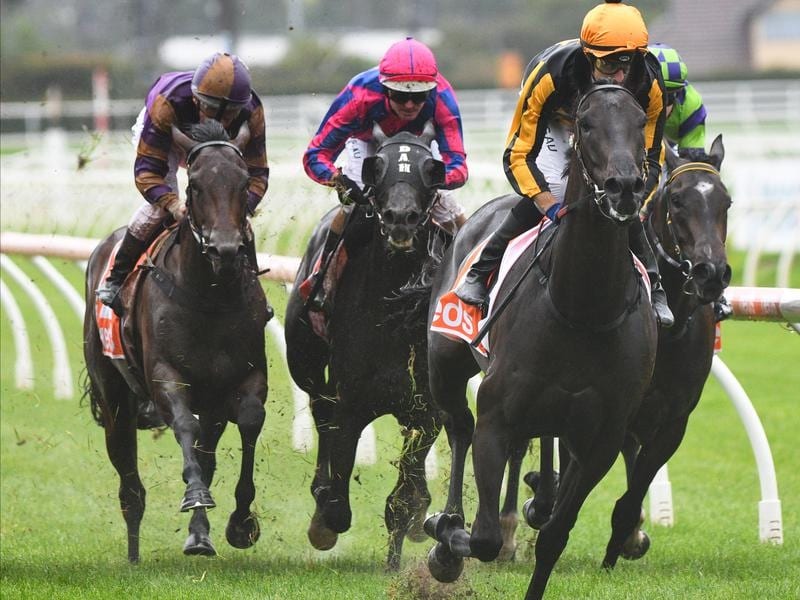 Grahame Begg thought long and hard about kicking off his exciting staying prospect Nonconformist in the Memsie Stakes at Caulfield but reasoned it would be a tough way for him to start a spring campaign.

Instead, he has taken a softer option and the horse will run in a 1400m Handicap on the same program on Saturday as he starts his Caulfield Cup bid.

“It’s a better way to kick off. He’s one-and-a-half kilos above the minimum weight so that’s going to be easier than running in the Memsie Stakes,” Begg said.

“If he was to come back to racing in a Group One Memsie Stakes he’d have to be trained right up to the mark, which as he’s got bigger goals he’s not.

“With Begood Toya Mother and Streets Of Avalon in that race they are going to run along and in the end it might take too much out of the horse.”

The four-year-old gelded son of Rebel Raider created a big impression at his first campaign with six starts for three wins, a second and two thirds.

He ended his preparation with a victory in the Group Two Alister Clark Stakes at Moonee Valley in March.

“He’s coming along very nicely. (The) 1400 metres isn’t his cup of tea but in saying that, if he’s going to measure up to better races he’s got to run well.

“I want to see him put himself in the frame and run home well with an eye on his next start. Also to say we’re heading in the right direction with the Caulfield Cup as our aim.”

“He’s really lengthened out. He’s such a rangy, big bloke. Hopefully he can continue on from his first preparation,” Begg said.