Begg after a change of fortune with Nonconformist 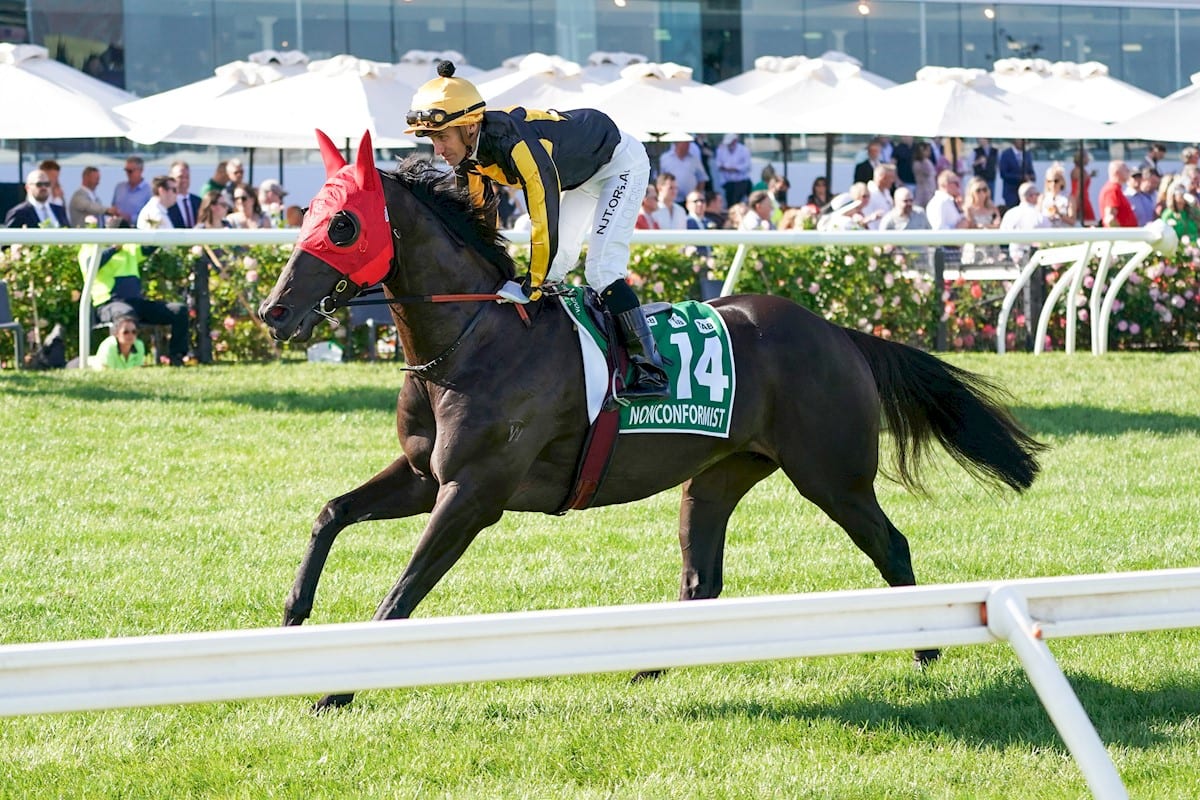 When your luck is out, it is right out, as trainer Grahame Begg can attest.

Begg was forced to scratch his Group 1 Blue Diamond hope Dosh on race eve with a bruised heel and then watched Nonconformist have a horror run in the Group 1 Australian Cup (2000m) at Flemington that turned into a non-event.

Now Begg is hoping for some fortune to come his way with Nonconformist who will be chasing a Caulfield Cup start in Saturday’s Listed Mornington Cup (2400m).

Victory in the Mornington Cup provides a ballot exemption into the Caulfield Cup (2400m) in October.

Begg had Nonconformist on a path towards a Caulfield Cup start last year, but a hiccup along the way resulted in the trainer switching paths with the gelding, picking up the Group 3 Coongy Cup at Caulfield.

With many of the autumn stars focusing their attention on Saturday’s All-Star Mile, Begg planned an autumn assault on the Australian Cup, to no avail.

After racing four-and-five wide the trip, Nonconformist eventually wound up in 15th spot behind Homesman.

“He doesn’t have much luck, but it is a handicap on Saturday and he’s stepping up to a mile-and-a-half for the first time,” Begg said.

“This at least gives him the chance of at least qualifying this year for the Caulfield Cup.

“And if he happened to win, it would take a lot of the pressure off.”

Begg said he was tempted to give send Nonconformist to the spelling paddock after Saturday before starting again on a spring campaign.

Nonconformist is one of 21 entries in Saturday’s race that also sees Defibrillate and Mount Popa among nominations.

The Listed Hareeba Stakes (1200m) is the other feature on Saturday’s Mornington card and has drawn 22 nominations.