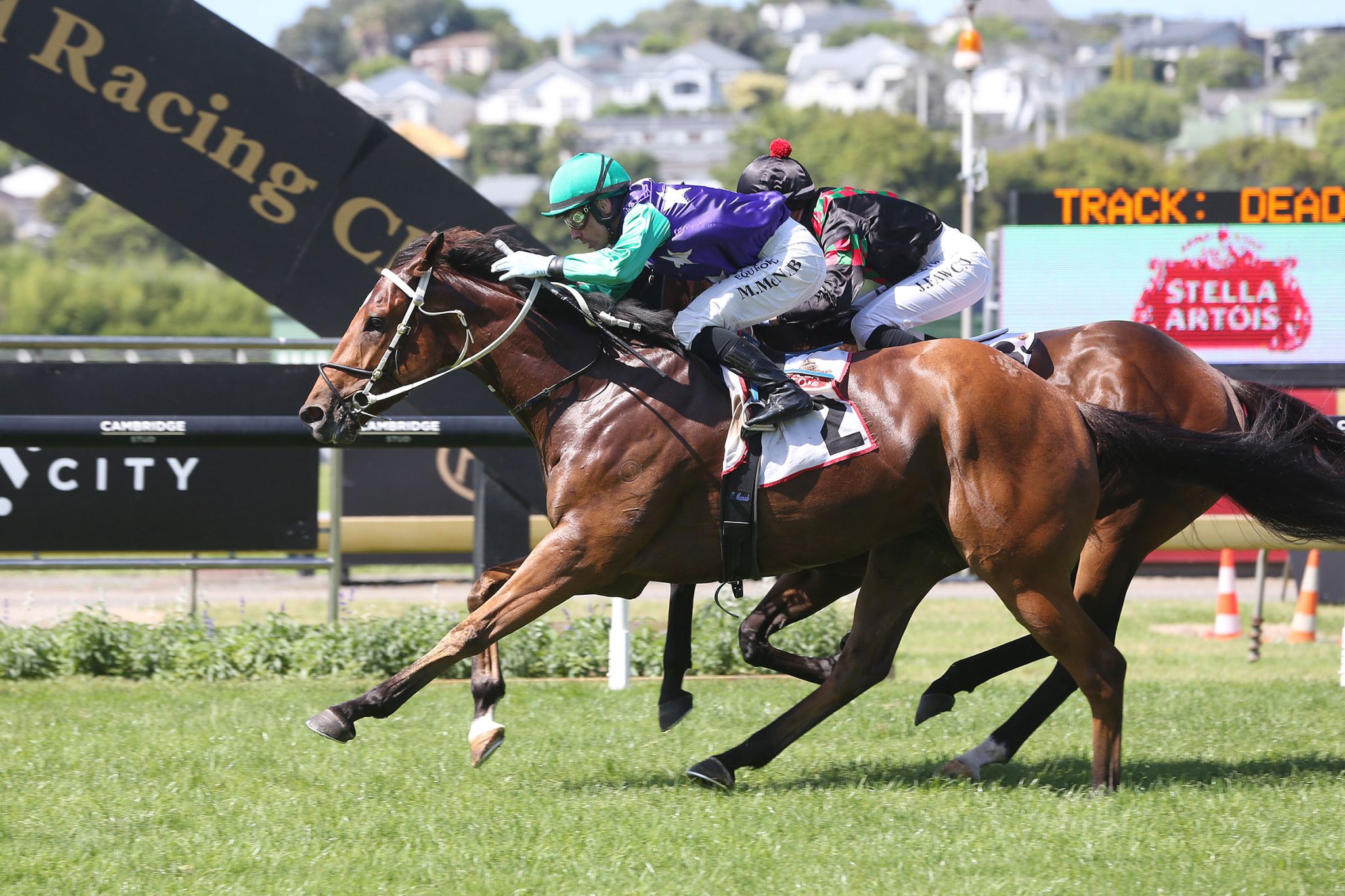 With sparkling victories by a talented pair of homebred half-siblings, the South Waikato couple’s green and gold colours were put up in lights on one of New Zealand’s premier racedays.

Jodelin Gal provided the first leg of the double with an emphatic victory in the opening race on the card, the Barfoot & Thompson 1400. It was the fifth win of a 12-start career for the five-year-old daughter of Swiss Ace, who is trained by Carl Henderson at Te Awamutu.

But that was just the beginning, as three hours later Bankers Choice exploded out of the pack to take out the NZD$90,000 Stella Artois 1500 Championship Final (1500m).

Ridden by Michael McNab for Cambridge trainer Stephen Marsh, the four-year-old Mongolian Khan gelding settled in the back half of the field and was travelling with ominous ease as the form-filled field rounded the home turn.

Bankers Choice was desperate for a gap in the straight, but once McNab guided him into clear air at the 200-metre mark, he rapidly changed gears and charged into contention.

Carolina Reaper chased bravely through the closing stages, but Bankers Choice always had the upper hand and edged her out by a short neck.

“He was ready to explode in the straight – he just needed a run,” McNab said. “I only got a narrow run, but I got one, and he was too good.”

Bankers Choice has now had nine starts for four wins and two placings, with the promise of much more to come.

“I was a little bit nervous coming around the turn, because a lot of our runners haven’t really had the rub of the green so far today,” Marsh said. “But once he got him out into the clear, I know the turn of foot that this horse has.

“The owners are flying. They put a lot of money into the game, and jeez they deserve a day like this. Two wins on a day like Boxing Day is just terrific. They’re here today, and it’s great to see them getting such a huge thrill.”

Bankers Choice scored back-to-back wins in June before being sidelined by a tibia injury, but he has bounced back in style this month with another impressive winning double at Te Rapa and Ellerslie.

Remarkably, the Kearneys paid just NZD$6000 to buy Jodelin Gal and Bankers Choice’s dam Signorina from the 2016 New Zealand Bloodstock National Weanling, Broodmare and Mixed Bloodstock Sale at Karaka. Herself a winner over 1200 metres, Signorina is the dam of three winners from three foals to race, and she produced a colt by Little Avondale Stud’s Time Test last year before returning to Mongolian Khan.