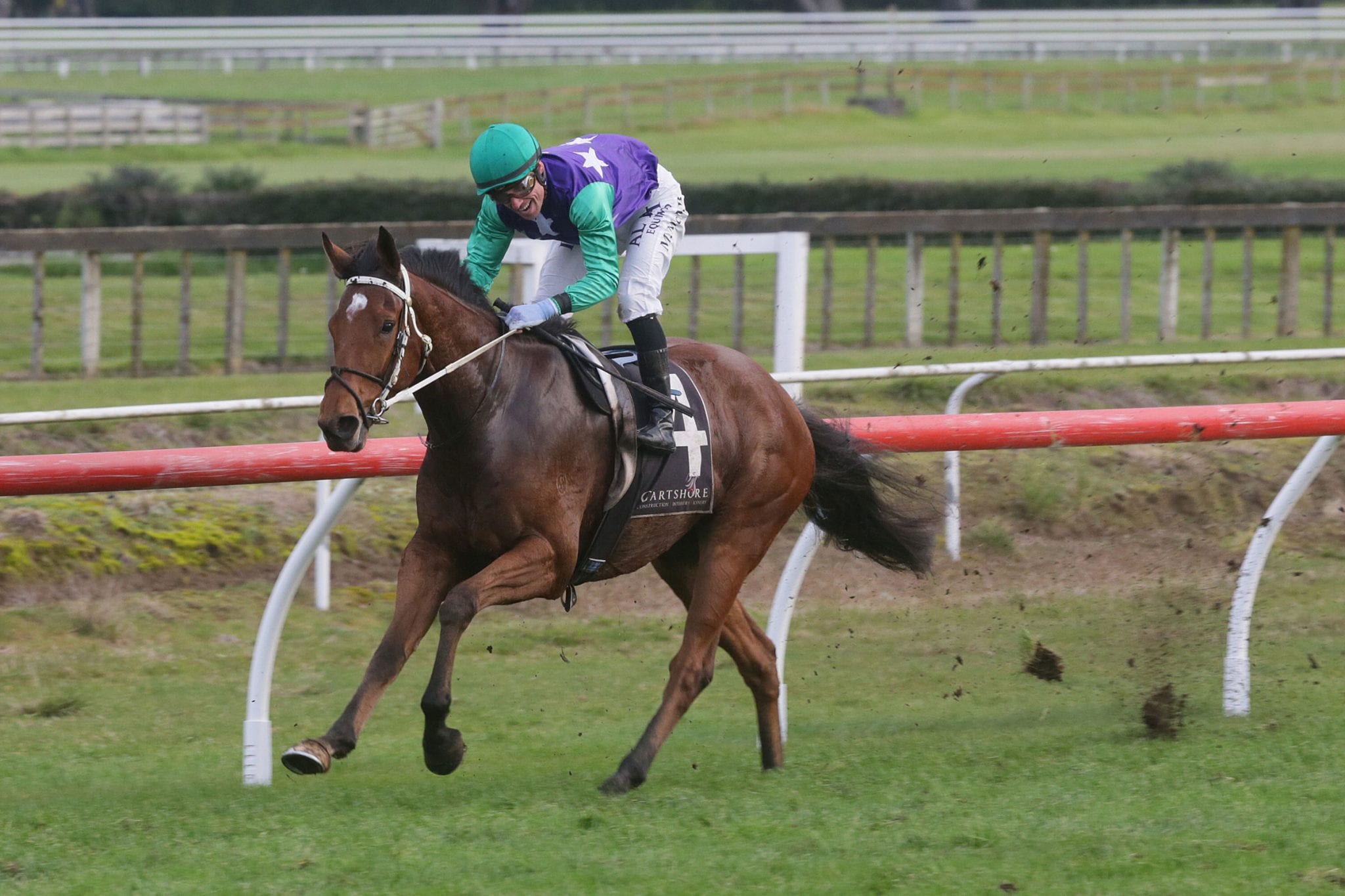 Plenty of punters will be looking to race one at Te Rapa on Saturday for their banker of the day.

“I think he will be the banker for them (punters) and I hope he does reward them and get the punters off to a good start,” Marsh said.

“He is going really well, I can’t fault him at all.”

While Marsh believes Bankers Choice is a solid chance from gate 10 on Saturday, his only concern is the Te Rapa track, where he has had the one unplaced run when on debut last year.

“He has only had one run at Te Rapa and he didn’t go quite so good, but that was when he didn’t have his head in the game, he was immature,” Marsh said.

“But we are very happy with him and his work has been good, and I am happy with where he has drawn.”

Bankers Choice will be met by a heavy track, which will be to his liking, with two wins and a placing from three starts on the surface.

“I don’t think it worries him too much, he is not too fussy,” Marsh said. “I am confident he will get on top of the ground, but he is so strong that he can get through anything, he is pretty versatile.”

Bankers Choice will be joined on Saturday by stablemate Mekelle who is fresh off her eighth-placed run in the Listed Tauranga Classic (1400m).

“Coming back from weight-for-age, she is going to be a really good chance if she gets the right run in transit,” Marsh said.

Marsh is also excited about the prospects of Tascioni in the Waikato Draught Mile (1600m).

“Tascioni, a Redwood mare, she is going really well, and I think she is a good chance,” he said.

Marsh is once again knocking on the door of a century of wins this season, but with 12 wins to go to reach the milestone he admits it is probably a bridge too far for his team in the next few weeks.

“We are not going to get to the 100 unfortunately this season, but we have had 10 stakes winners again, which had been our best record, and the prizemoney is right up there,” he said.

“Next year we just want to get to that 100 and focus on better quality wins.”

Marsh said he and his owners have taken plenty of confidence from the recent prizemoney and Auckland club merger announcements made in the last week.

“Prizemoney will be up with the announcement of the new stake money and now the merger between Ellerslie and Counties, so I think things are looking pretty good for racing,” he said.

“It gives our owners confidence. Prizemoney is what makes people feel positive about the game and I think people are really positive about it at the moment.

“We are still a fair way from where we need to be, but it is certainly a step in the right direction and things are looking positive.”