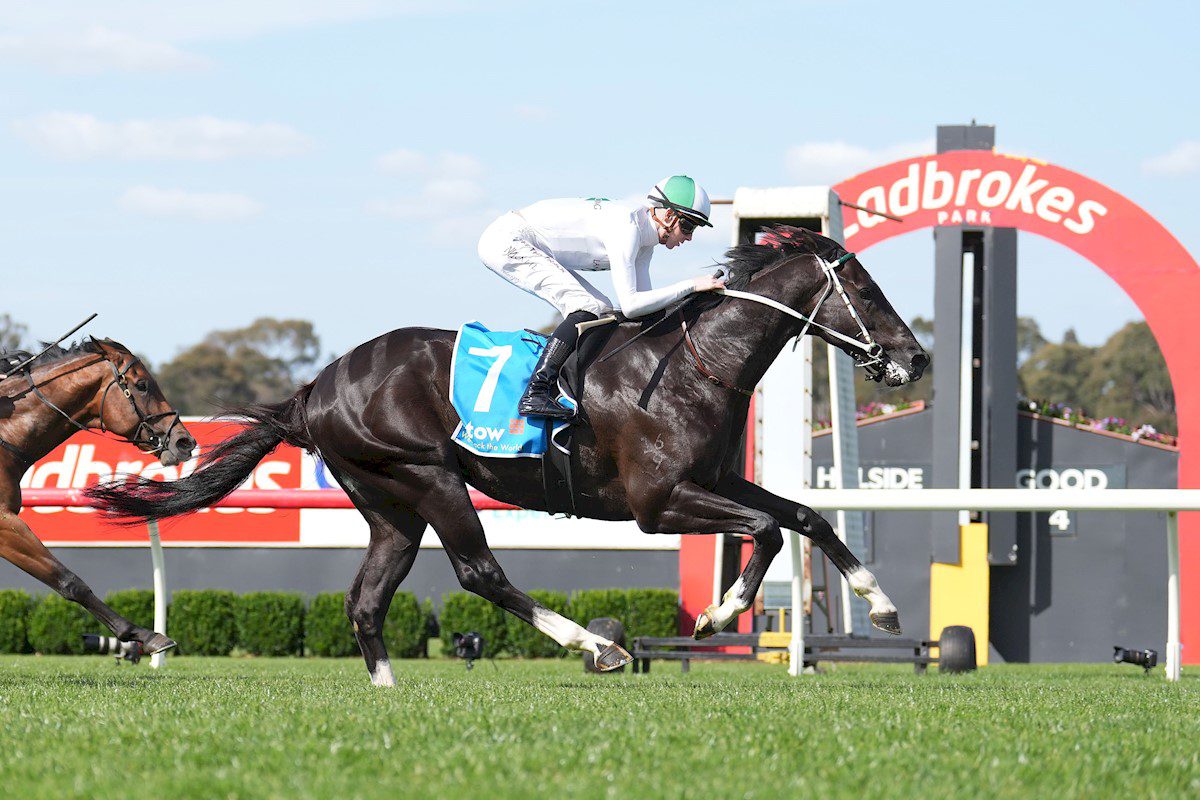 Being one outside emerging star Jacquinot might suit Bank Maur perfectly in the Ive Manfred Stakes at Sandown on Thursday.

Richie Laming’s +1000 chance will start from barrier three and have Jye McNeil aboard, with Mick Price and Michael Kent Jnr’s -117.65 favourite drawing the No.2 lane.

The Cranbourne conditioner said his colt could benefit from a nice early path which last year’s Golden Rose Stakes winner might create for him in the Group 3 sprint over 1300m and worth $200,000.

“Obviously, the top weight will be hard to beat, Jacquinot. Class colt in the field,” Laming told HorseBetting.com.au ahead of the three-year-old feature.

“He’s drawn directly inside us, so we’re going to get a lovely run from the draw.

“He’ll finish off the race strong, and he will take improvement from it.”

Bank Maur will be first-up since his decent eighth-placed effort in the Caulfield Guineas on October 8 last year, with Golden Mile taking out that Group 1 feature worth $3 million for James Cummings.

Laming said he has also been content with his three-year-old’s work on the track.

“Happy with him. He’s had two soft trials. Jye rode him the other day at Cranbourne in a jumpout,” he said.

“Hot trial. Got back and worked to the line without being asked to do too much.

“He’s not screwed down for (Thursday) – he’s on an Australian Guineas path.”

Unlike the Caulfield Guineas mile race where he got back in the field before the home turn, Laming is expected Bank Maur to benefit early from his good barrier position.

“He’ll jump and land in the first four or five, I dare say, one off the fence,” he said.

“He might even end up on the fence. But he’ll get a lovely run.

“He probably won’t get too far back.

“I haven’t screwed him down, so he’s nice and fresh and he’ll take good benefit from it.”

“He’s a nice colt. He had no luck in the Caulfield Guineas from a wide gate, and he only got beaten by a length and a half,” he said.

“If he can improve a couple of lengths he’s probably at that level.

“So if he improves from last prep to this prep, which they can do especially three-year-olds, he might be right in a race like the Australian Guineas.

“He got back from a wide draw. He covered ground and made ground late.”

Laming said if Bank Maur had an inside lane and a little more luck, he could have pushed for a place in the Caulfield Guineas.

“It was just one of those things. The horse who ran (third – Elliptical) to him the start before drew one (before finishing runner-up to Golden Mile by one-fifth of a length),” he said.

“So if you swap the draws, you probably swap the positions.

“But you can’t do anything about the barriers. He went as good as he could.

“More importantly he’s come back nice and strong, so he can get a good race against his own this prep.”

Meanwhile, Laming is also excited about the futures of Reo and Cradle Of Life.

Both won their respective maidens at Mornington on January 8 and Cranbourne on January 13.

Three-year-old Cradle Of Life is a $9.50 winning chance in race six over 1400m at Pakenham on Wednesday night.

“Cradle Of Life is another nice colt who is a preparation behind Bank Maur,” Laming said.

“He’ll be a good chance on a big track. He’ll balance and finish off strong.”

Reo has been rated a genuine contender for race six over a mile at Cranbourne on Friday night.

“She’ll more than likely have a break after Friday night and come to Queensland for the winter,” Laming said.