Baller the horse to beat in Healy Stakes, says Gollan 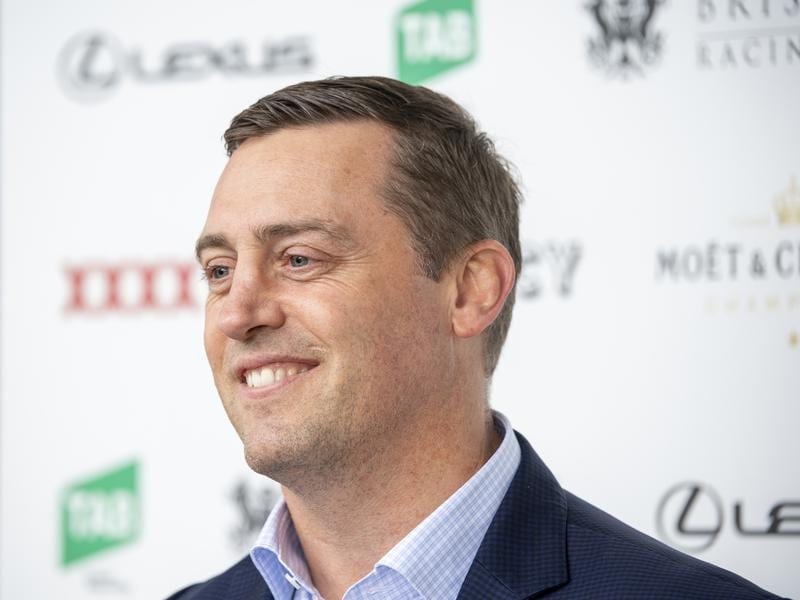 Tony Gollan is going into Saturday’s Group 3 Healy Stakes (1200m) at Eagle Farm with three live winning chances, but despite the big weight for Baller, he believes he is the horse to beat.

Gollan will saddle up Baller, Garibaldi and Mass Destruction in the AU$175,000 race, with all three horses going into the race in terrific form.

Baller was a terrific last start winner in the Moreton Cup (1200m) at Eagle Farm on June 4, and while the option to back-up seven days later into the Stradbroke Handicap (1400m) was there on a silver platter, connections opted to wait for this more suitable target.

“It just took him a couple of runs to get really fit this time in work – obviously it was hard getting horses ready at the start of the carnival with all of the rain,” Gollan told Sky Racing.

“He showed how well he’s going the other day when he won the Moreton. He’s improved nicely off that, his work was terrific and I couldn’t be happier with him going to the Healy.”

Garibaldi will also line up in the Healy Stakes second-up off a spell.

The talented five-year-old ran an eye-catching second in the Lightning Stakes (1000m) first-up behind the Chris Munce-trained Boomnova, so Gollan is expecting an improved showing up to 1200m on a firm surface.

“He was great and Craig (Williams) sort of looked after him when he couldn’t get past Boomnova late,” the trainer said.

“Because of that, he’s bounced through that run nicely. He’s another horse that’s had an unorthodox prep, so you’ll see him better second-up on Saturday and out to the 1200m at Eagle Farm really suits.

“I was never going to set him for a Stradbroke – that sort of trip is just beyond his reach. He’s a better horse at the 1200m and I think this race sets up nicely for him.

“He likes Eagle Farm, he looks good ground and the distance is perfect. He had to have a run just leading into it, so the Lightning was that sort of run he had to have at the 1000m and that sort of showed he’s back to where he needs to be.

“21 days between that and this is absolutely ideal.”

While both Garibaldi and Mass Destruction get into the race on the minimum weight of 54kg, Tony Gollan thinks that the 60kg for Baller is a fair assessment of his class, so the other two lightweight chances will have to bring their best.

“Baller’s got to carry the weight – that’s going to be the thing – but I think he’s right up to them,” he continued.

“If the lighter weighted horses are gonna win, they have to beat a horse like Baller. I think he’s spot on for the weekend and I can’t fault him at all.”