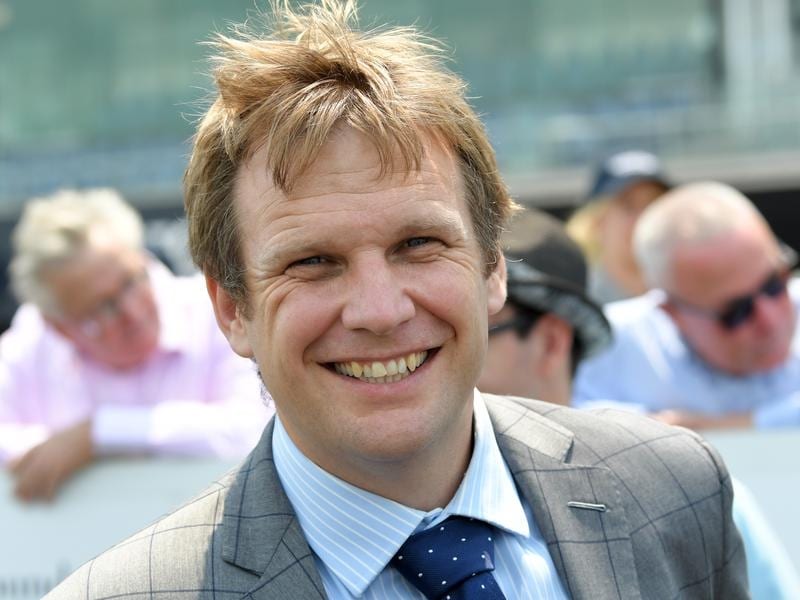 Fresh from winning the St Leger Stakes with Fun Fact, Bjorn Baker will look to keep his momentum rolling when he takes four live chances to Randwick.

The Warwick Farm-based trainer has long had an affinity with the progeny of Written Tycoon and he hopes the stallion can produce another black-type performer in Ocean Emperor, who lines up in the Listed Brian Crowley Stakes (1200m).

Music Magnate, by Written Tycoon, gave Baker his first Group One victory when taking out the 2016 Doomben 10,000 and the trainer knows how to get the best out of the breed.

“He won his first race very well and then failed on a Saturday, but his first-up win this time in was very good.

“No doubt this is a big step up but he probably deserves a crack at them.

“I think he’s going to continue to get better with time. I love the Written Tycoons but I just can’t afford them now, that’s the problem.”

Baker also saddles up Spencer in the Filante Handicap over 1400m and the six-year-old Pierro gelding has drawn well in gate three for Robbie Dolan.

“He’s had a freshen up since the Wyong Cup where he ran well,” Baker said.

“Prior to that he ran third in a Listed race and he’s run well at 1400 metres previously. He gets in with absolutely no weight and should be able to put himself up there.”

While Positive Peace was a touch disappointing when unplaced in the Angst Stakes last start, Baker believes her run prior was full of merit and a gear change may prove the difference in the Group Three The Nivison (1400m).

“I thought she was extremely unlucky in the Golden Pendant and should’ve been right in the finish,” Baker said.

“I think she’s going better. The tongue tie goes on and her work on Tuesday was very good.”

Baker rounds out the day with his four-year-old Edison in the Southern Cross Handicap over 1200m.

The Fastnet Rock gelding put two wins together at the end of his last campaign and Baker is confident he will be competitive on Saturday.

“The blinkers come off on Saturday and normally he can need a run,” Baker said.

“But he did trial really well last Friday and I’ve no doubt he’s better on top of the ground.

“He’s got a good gate so hopefully he can put himself into a nice position and finish the race off well.”