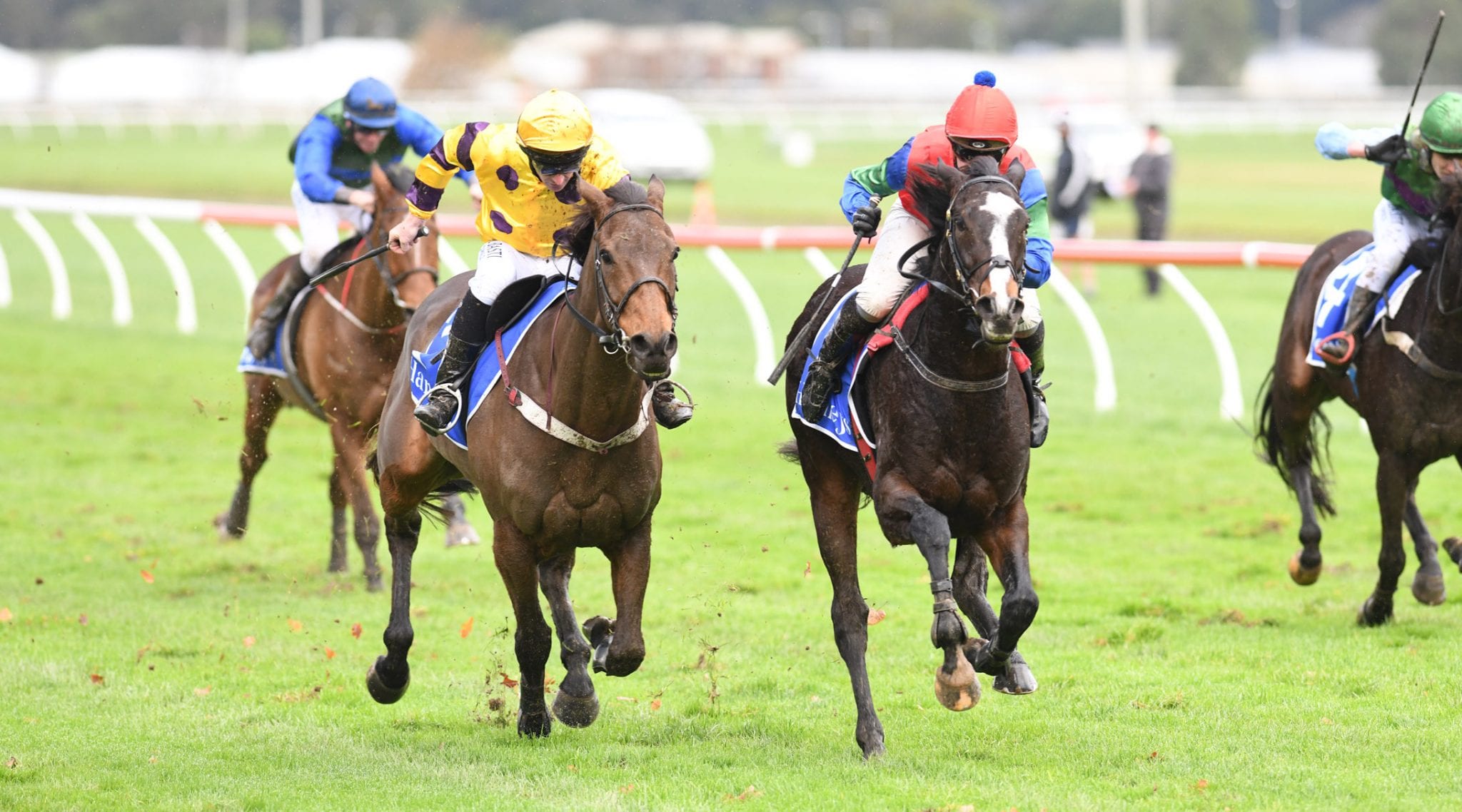 Talented jumper Bad Boy Brown booked a place in next month’s Wellington Hurdle (3400m) at Trentham when he outstayed his open-class rivals in Saturday’s feature hurdle contest at the venue.

The seven-year-old gelding bided his time at the rear of the field for rider Isaac Lupton before looming into contention approaching the home corner. In a slogging finish on the Heavy11 surface, Lupton brought his mount with a powerful staying run to snatch victory from race favourite Gallante with Guy Fox battling on well to claim third.

Trainer Harvey Wilson was pleased with the result despite his charge putting in a few rough jumps early on in the event. “He’s not the best jumper going around and he was a little dicey early on there,” Wilson said. “Isaac handled him beautifully though and came into it at the right time and he was tough at the end. “He seems to like it here at Trentham as that was his second win and he can handle it when it gets pretty deep.”

Wilson believes Bad Boy Brown can match it with the better hurdlers going around so will test that theory in some of the feature hurdle events over the winter months. “He has won three out of his four hurdle races and the other time at Rotorua he was pulled up with a slipped saddle,” he said. “He can have a run in an amateur flat race at Waverley next and then we will come back for the Wellington Hurdle in June. “If he can go well in a race like that, then we might have a think about a trip south for the Grand National Hurdle after that, but it is still a wee way off at this stage. “He didn’t race over the hurdles last season as he had had a bit of trouble with his feet but, touch wood, he is over that now and we can set him for those better races.”

Wilson was also pleased with stablemate It’s A Wonder who finished third in his steeplechase debut after making most of the pace in a restricted open contest over 4000m. “He (It’s A Wonder) jumped well but he got a little bit lost in his first taste of the figure eight course,” he said. “I think his future is over the bigger fences so we will just take him along slowly before we get too ambitious with him.”

The victory by Bad Boy Brown provided Lupton with the first of a unique double on the day as he also visited the winner’s enclosure later on as the owner of promising winter galloper Herengawe who prevailed in the rating 72 1400m contest to bring up his fourth career victory from just 11 starts.