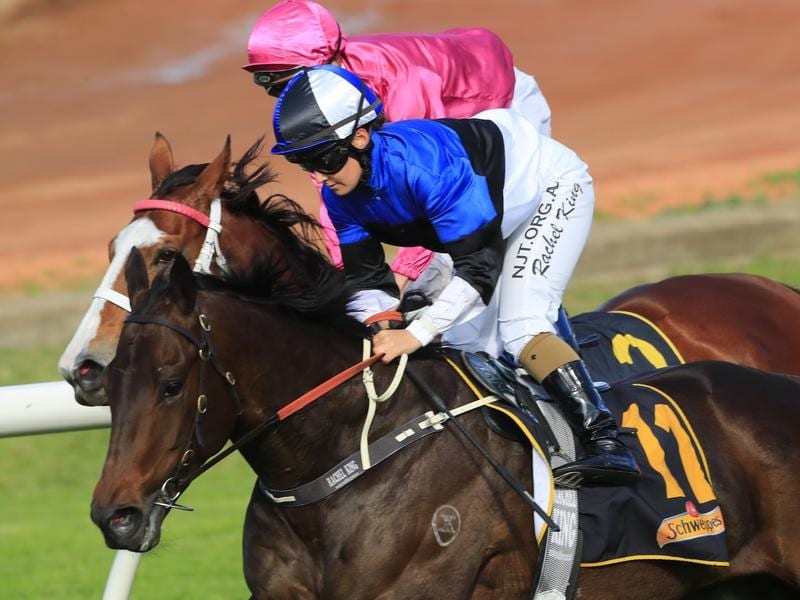 Jockey Rachel King is building a handy record aboard progressive gelding Soldier Of Love, with the pair joining forces for another city win at Rosehill.

The Bjorn Baker-trained Soldier Of Love is working his way through the grades and took his overall record to six wins from 15 starts with a professional display in Saturday’s Schweppes Handicap (1500m) for which he was sent out the $3 favourite.

King has ridden Soldier Of Love in seven of his past eight starts in town spanning two preparations, netting three wins and three placings.

Saturday’s victory in benchmark grade was Soldier Of Love’s second win in succession in the third start of his current campaign and King believes the gelding still has more to offer as he matures.

“He’s a fine example of a horse just racing with so much confidence at the moment,” King said.

“Even today when I got on him in the yard he was having a little jig-jog which is a bit unlike him, but it just showed he’s got that bit of confidence in himself. And he raced like that today as well.”

Soldier Of Love began quickly and took up the early running before getting a trail when Sure Knee strode to the front.

The favourite levelled up to Sure Knee ($6) approaching the 200m and edged clear to beat the Chris Waller-trained mare by 1-1/2-lengths.

A tardy start again by second favourite Trumbull ($4.20) did not help his chances but he worked home for third, another half-length away.