Ayrton Motors His Way Towards A Big Future 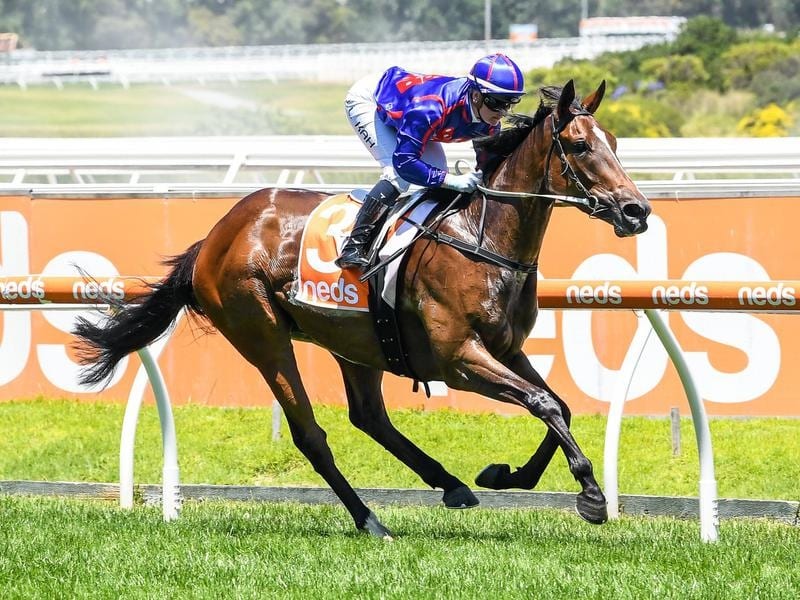 Mick Price will delay a decision on whether exciting three-year-old Ayrton will head to the Australian Guineas after his breathtaking win at Caulfield.

Price branded Ayrton “a Group horse” as he emulated his debut performance at Bendigo by sprinting away from his opposition to win Saturday’s Ken Sturt Handicap by 4-1/4 lengths.

His jockey Jamie Kah said he was a raw talent and would be amazing once he got to 2000 metres plus.

Price, who trains in partnership with Michael Kent Junior, regarded the style of the win as indicative of a Group horse in the making and said it was a big effort to go up in class and distance at his second start and win as he did.

However, the trainer admitted he was concerned when he was saddling Ayrton up for the race.

“Pre-race, behind the gates, he was stressy. He had lightened off and for him to still get challenged in the early stages, and also being three-deep for the first four or five hundred metres before he relaxed, for him to work away and run that time. It was an outstanding win,” Price said.

Price said the son of Iffraaj would go to the spelling paddock and he would have a think about the autumn.

“It could come up early but it will depend on what he does in the paddock. I’m obviously not going to bottom him out,” he said.

“I’m hoping that he does well in a few weeks and we’ll have a look at him in the paddock and take it from there.”

Kah said Ayrton still had a lot to learn and was doing a lot wrong.

“He doesn’t know how to quicken yet but his stride just lengthens. That’s a sign of a good horse,” Kah said.

“He’s sweating up behind the gates, he’s on the wrong leg around the turn but once he puts it together it is very exciting to see where he’s going to go.”

Ayrton was heavily backed to start at $1.55 and he defeated Beltoro ($5), who suffered his first defeat.