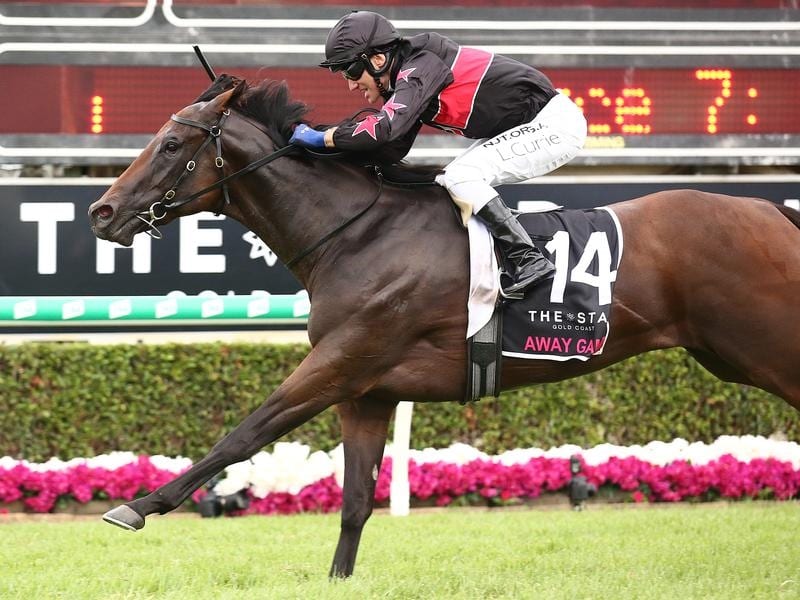 Away Game tuned up for the Magic Millions Guineas by turning the tables on Isotope when they had a dress rehearsal for the race in a Gold Coast barrier trial on Tuesday.

Last year’s Magic Millions Classic winner Away Game indicated she is on track for more Gold Coast riches with a brilliant trial.

The Ciaron Maher and David Eustace trained filly was ridden by Glen Boss and settled outside the leader Casa Tranquila to the home turn before cruising to the lead in the straight and scoring comfortably by a long head.

Doctor Jack finished second with Isotope three-quarters of a length away third in 52.38 seconds.

Isotope and Away Game staged a thrilling battle in the Gold Edition Plate at Doomben on December 19 with the Tony Gollan-trained three-year-old filly scoring by a head.

Gollan elected to give Isotope her first look at the Gold Coast track in preference to a Doomben jump out on Tuesday so she could become familiar with the circuit ahead of the $2 million Magic Millions Guineas (1400m) on January 16.

Away Game’s stablemate Fake Love, also indicated she is on target for the $2 million Magic Millions Classic (1200m) with a comfortable win in the opening barrier trial running 53.59 seconds.

With Boss in the saddle, Fake Love began well before being restrained to settle last in the three-horse field in the early stages.

In the straight, Boss switched Fake Love to the outside and allowed the filly to hit the lead in the final stages winning by three-quarters of a length from Baby Wong who led the trial to the home turn.

The fastest time of the three heats on the course proper was recorded by brilliant sprinter Jonker who clocked 51.95 seconds.

Ridden by Jim Byrne, Jonker strode clear of Hard Empire, to win by 1-3/4 lengths with Outback Barbie 1-1/4 lengths away third.

Jonker finished runner-up to Hard Empire when they last clashed in the George Moore Stakes (1200m) at Doomben on December 5.

The duo are set to resume their rivalry in the Magic Millions Snippets (1200m).