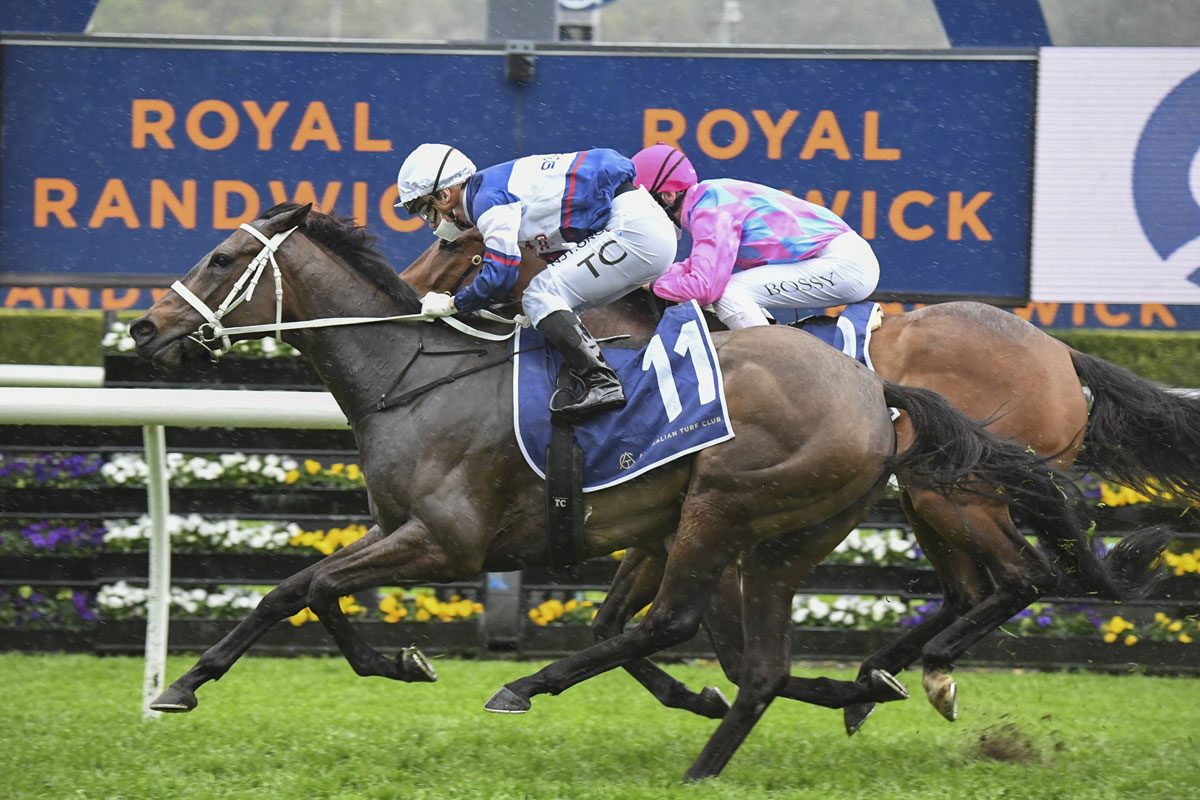 Former New Zealander Atishu will attempt to follow the path blazed by Probabeel last year and claim the Bill Ritchie-Epsom Handicap double after taking out the first leg at Randwick.

Now prepared by Chris Waller, the Go Racing-owned Atishu (+250 fav) showed fierce determination to wear down leader Prime Star (fifth) then get the better of Looks Like Elvis as the pair drew clear to fight the race out.

The winner of Saturday’s Group Three 1400m race earns an automatic berth in the Group 1 Epsom Handicap (1600m) and Waller has confirmed that is the next race on their radar.

“We had her today back to 1400m third up, so we rode her a lot closer hence the reason she was a bit one-paced at the 300m, but gee I like the way she fought all the way to the line,” Waller said.

“It’s a big help to win today because you know you’re in the field for the Epsom with a light weight.

“She’ll be well placed there, and the extra 200m and the tough Randwick mile will really suit, so we’re on track.”

Atishu was a dual Listed winner in New Zealand for Cambridge trainer Stephen Marsh but Saturday’s triumph was her first black-type victory in Australia.

After making a winning debut for Waller over 1400m at Randwick last month, she was a last-start fourth to Soldier Of Love at the same venue and her race fitness was telling on Saturday.

Jockey Tim Clark said Atishu adjusted well to a muddling tempo and had a good will to win.

“She was able to adapt well. I always felt she was going to be really strong late,” Clark said.

“She’d had a couple of runs and she was coming back in trip slightly, so she really toughed it out well.

“She’s had three runs here in Australia for Chris and she hasn’t put a foot wrong, so she’s heading in the right direction.”

Bred by Waikato Stud, Atishu is by Savabeel out of the No Excuse Needed mare Posy, who won two races and is a sister to the former Champion Three-Year-Old and multiple Group One winner Daffodil, who has produced three stakes performers in Grand De Flora, Grand Bouquet and Snowdrop.