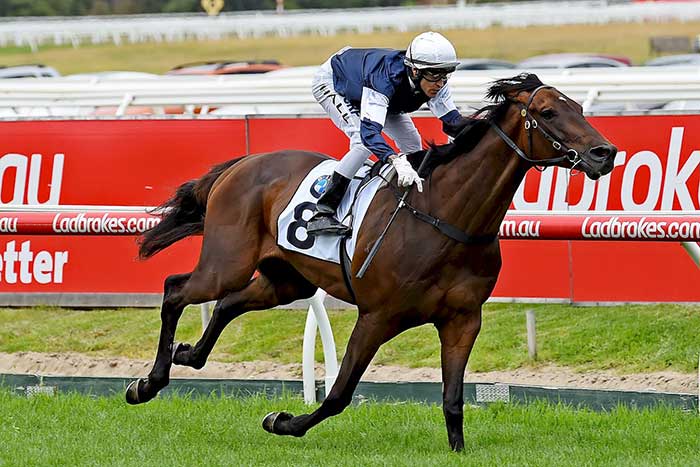 The Lloyd Williams-owned runner is now 27th in the order of entry for the Melbourne Cup following a 1kg penalty from chief handicapper Greg Carpenter.

The penalty takes Assign’s weight to 51kg, which is generally good enough to make the final field of 24 runners.

“A 1kg penalty is the same as that which was given to Linton in 2010, before he finished 21st in the Emirates Melbourne Cup behind Americain,” Carpenter said.

“More recently however, Protectionist finished fourth in the Herbert Power Stakes at his Australian debut before winning the Cup in 2014, while Shocking finished second in 2009 before winning both the Lexus Stakes and Melbourne Cup.”

Assign is still a good value hope for the 2016 Melbourne Cup. It’s currently at $51 with Sportsbet with stablemate Almandin on the second line of betting at $11.

Waller stated that it had pulled up with some muscle damage following its second placing in the Group 1 Metropolitan Handicap at Randwick.

“I had not been completely satisfied with his action since the McGrath Estate Agents Metropolitan on October 1 and our vet has diagnosed some muscle damage,” Waller said.

“For this reason, he will be spelled immediately and be prepared for an autumn 2017 campaign. He made excellent progression this preparation and I eagerly await his return next year.

“At this stage we will have two runners in the Caulfield Cup. Preferment (Hugh Bowman) and Sacred Master (Tommy Berry).

“Grand Marshal and Who Shot Thebarman will both head towards either the Moonee Valley Cup or the Geelong Cup.”

Sacred Master is currently $26 with CrownBet for the Caulfield Cup with Preferment looking to value runner at $34 with Sportsbet.

Global Glamour not continuing with spring

There was talk from connections that Global Glamour might head to the Group 1 Cox Plate at Moonee Vallet, but the Waterhouse/Bott-trained filly will likely head for a spell.

The three-year-old won back-to-back Group ones in seven days (Flight Stakes and Thousand Guineas), but won’t press on for anything else this spring.

“I don’t think she’s an Oaks type and the only other option would be taking on the older mares in the Myer Classic,” co-trainer Adrian Bott said.

“She was asked a lot and what she has done has exceeded expectations so we don’t think she has anything left to prove this campaign.”

Bott said the filly will be aimed towards the $2 million Magic Millions Trophy at the Gold Coast next year.

“It’s great prizemoney and it’s a great time to be there with the sales and the other races.

“That would still leave her right for the autumn in Sydney so it’s exciting for everyone.”

Leading form-book and ratings system, Timeform, has accused British stewards of ignoring cheating in some races.

The accusation was made in Timeform’s Chasers and Hurdlers publication which states that officials in Ireland have a “newly-found appetite for questioning performances”, but in Britain they “all too often turn a blind eye, or actually seem blind, to non-triers”.

Timeform states there are clear examples of jockeys in both Britain and Ireland not making maximum effort to achieve the best possible placing in races, as the rules state.

It is asking the British Horseracing Authority to act with areas addressing “quiet runs” at the front of their concerns.

The BHA responded by stating the steward panel includes former jockeys who are best suited to notice any untoward ride.

“Should Timeform have concerns about specific rides then we would welcome them contacting us to raise them, either directly or via the sport’s anonymous reporting line,” the BHA said.

Earlier this year the BHA were criticised for banning jockey Sam Waley-Cohen after he slowed down in a race because he wanted to keep his horse “in one piece”.