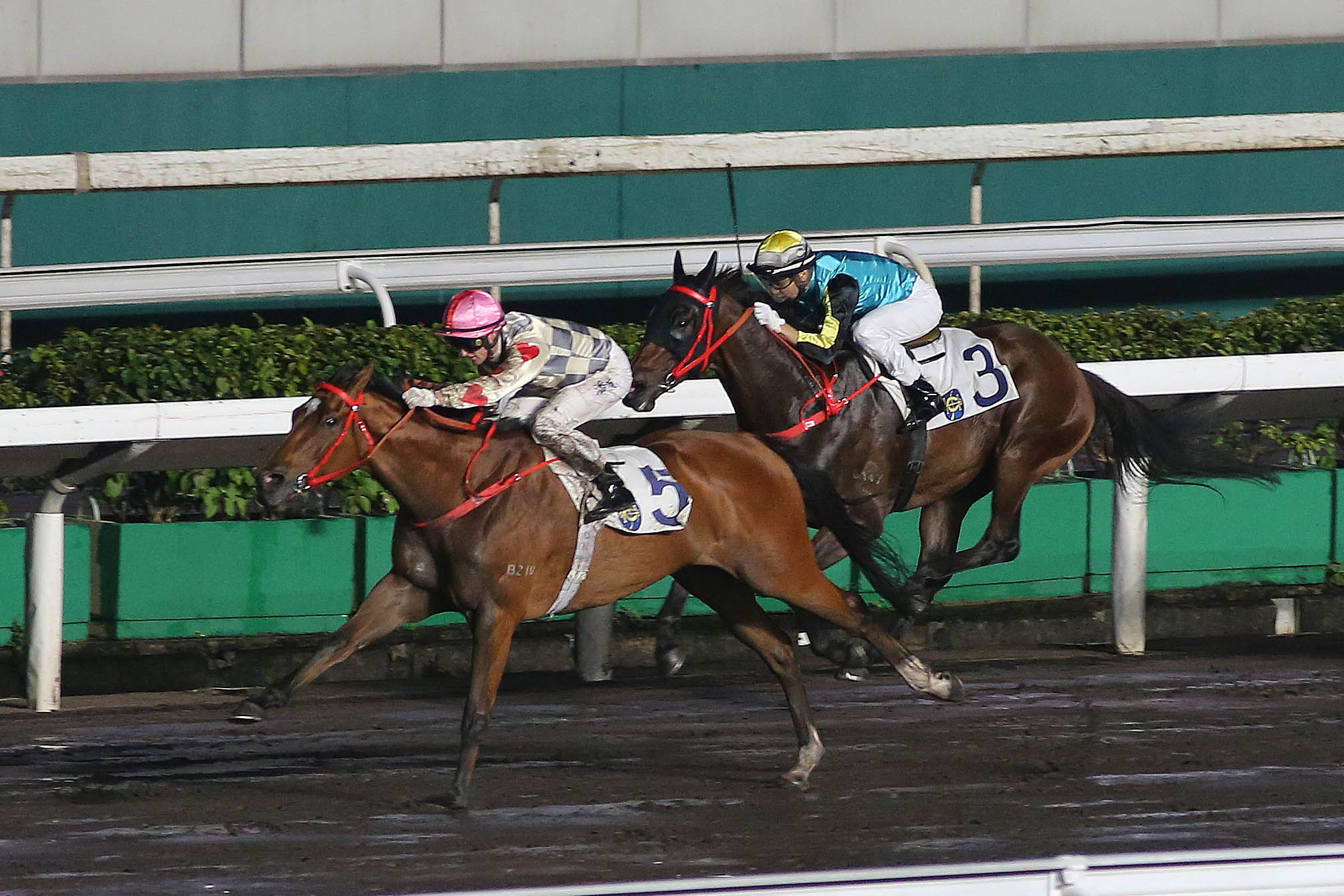 Glorious Artist (133lb) was fourth in the 2019 KOR Group 1 Korea Cup (1800m) and returns to his preferred surface, the Sha Tin dirt, with trainer Frankie Lor pleased with his gelding ahead of tonight’s (1 April) test in the Cheung Sha Handicap.

“His form’s good, everything is good – this time though he carries a big weight so we’ll see how he goes. I think the 1650 (metres) is ok but I feel the 1800 (metres) is better, but still this should be ok as there aren’t too many suitable races for him,” Lor said.

Three-time champion jockey Zac Purton again hops in the plate and will be looking to secure his fourth course and distance score atop the Zoffany gelding.

Also in the race is Dances With Dragon (128lb) who Purton partnered to victory last start, though this time it will be Blake Shinn aboard for trainer Caspar Fownes.

“He’s been very good, I’ve given him two trials on the surface and he’s indicated that he probably will handle it but obviously trial conditions are very different to race conditions and the key now is the track. The weather looks like it’s settling in for this week so it’s expected to be a slow boggy track,” Fownes said.