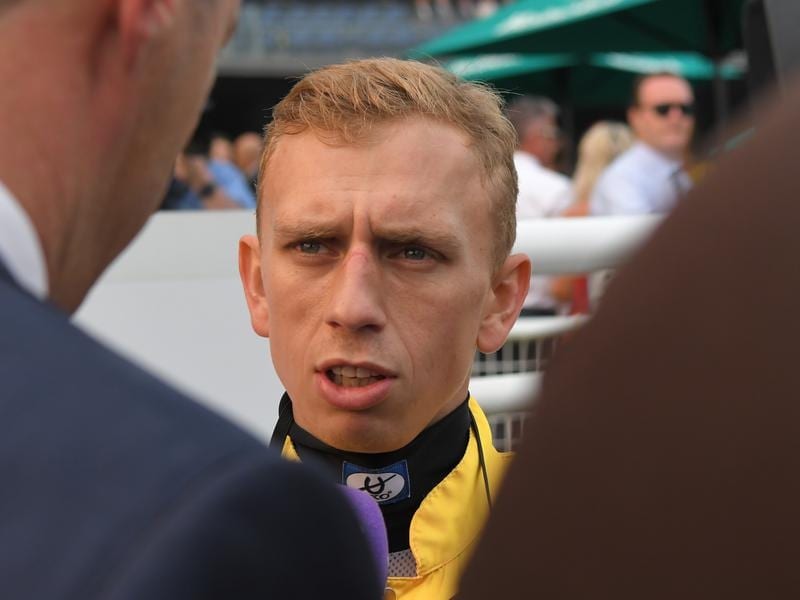 Talented apprentice Jean Van Overmeire has again been sidelined by injury after breaking his shoulder in a barrier trial incident.

Van Overmeire came off Chillichoc shortly after the start of a heat at Rosehill on Tuesday morning.

He complained of a sore right wrist but later tests confirmed he has a fractured scapula.

Racing NSW’s Dr Duckworth said the extent of Van Overmeire’s injuries would be known on Wednesday.

Over the past year, Van Overmeire has dealt with more than one injury, the most serious a broken ankle when he was kicked by a horse at trackwork.

In August, he transferred his indentures from Bjorn Baker at Warwick Farm to Anthony Cummings at Randwick and rode a winner, Something Fast, for his boss at Randwick on Saturday.