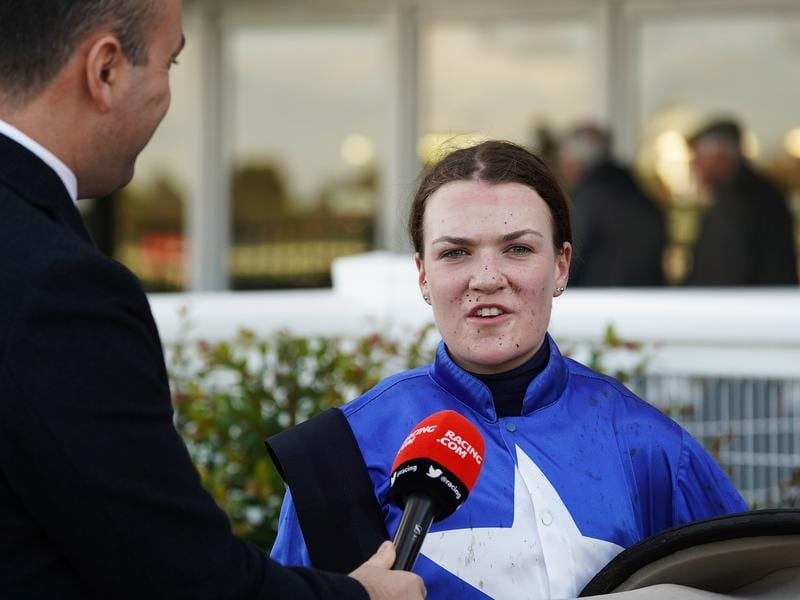 Apprentice jockey Tahlia Hope is in a Victorian hospital after contracting viral meningitis.

The Victorian Jockeys Association said on Thursday night she had been admitted to the ICU unit at Frankston Hospital.

“Doctors have confirmed she has viral meningitis, infection and swelling on brain,” the VJA said.

“According to (Hope’s father) Shannon this morning she has made some improvement overnight,” Hyland said.

“Obviously she was in ICU and once they confirmed what they were dealing with she was treated accordingly and according to Shannon she has made some improvement overnight.

“But she’s still in ICU and I’m sure until they get things under control that’s where she’ll remain.”

Hope, 20, has ridden 24 winners this season including a winning double at Morphettville in Adelaide last Saturday.