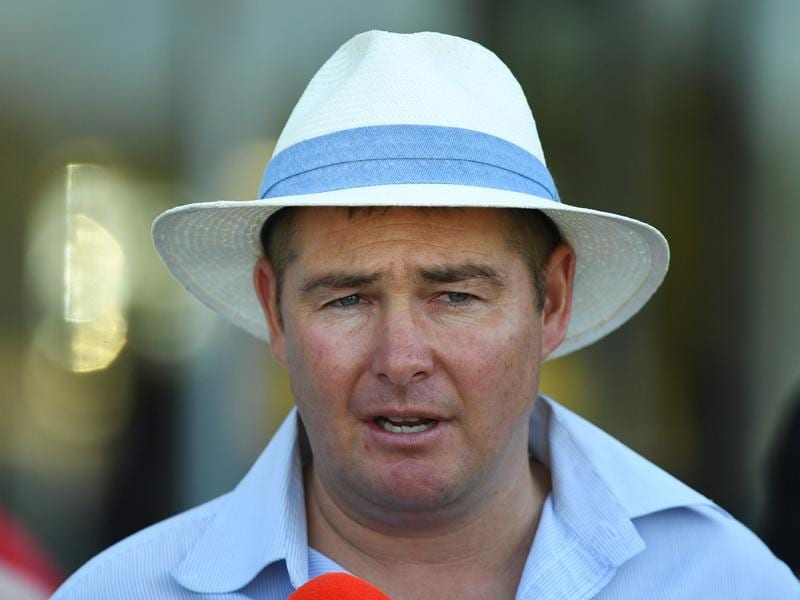 Trainer Jason Warren is banking on the Aurie’s Star Handicap to be a stepping stone to bigger spring races for Antah.

Still eligible for easier company, Antah contests stakes grade for the first time when he runs in Saturday’s Group Three race at Flemington.

The Aurie’s Star has been a spring starting point for Group One performers, including Cox Plate winner El Segundo and further back to Melbourne Cup winner Hyperno.

Previously trained in Tasmania, Antah suffered a tendon injury that kept him off the scene for two years before joining Warren’s team last year, winning four times from six outings.

Warren said he was surprised how far the gelding progressed, commencing his campaign in November before scoring at Bendigo at his last run in March.

“He surprised me in the respect of how big a prep he ended up having,” Warren said.

“We obviously knew he had the ability but we didn’t know how that Tasmanian form would translate.”

Warren carefully planned Antah’s break with the tendon injury in the back of his mind.

He was conscious of not allowing Antah to spend too much time in the paddock, at the same time maintaining some residual fitness.

“He had a nice break, but a controlled spell,” Warren said.

“He didn’t just stand around in the paddock, we kept him ticking along.

“It was so he wouldn’t get too gross, but also so the tendon didn’t get lazy.”

Long term, Warren would like to see Antah get to Group One company and is looking towards the Toorak Handicap at Caulfield in October.

With a rating of 86, he knows Antah needs to raise the bar to get to that company.

“Essentially his rating needs to elevate 20 points to be thinking of a Toorak so we’ll have to win our way there,” he said.

Two jump-outs, one at Cranbourne and one at Mornington, has Warren confident Antah will be around the money at the finish.